IPL 2019: Rajasthan Royals - Five Players To Watch Out For

Rajasthan Royals will be looking forward to the return of Steve Smith. 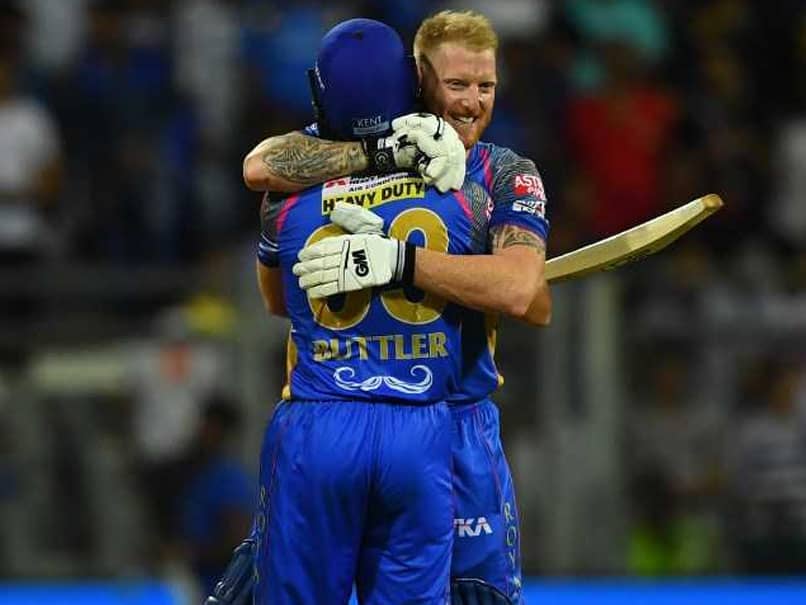 Jos Buttler and Ben Stokes were retained by Rajasthan Royals for IPL 2019.© AFP

Rajasthan Royals, who won the inaugural season of the Indian Premier League in 2008 under the captaincy of Shane Warne, returned to the fold after a two-year suspension over a corruption scandal. The Royals went on to finish fourth in the league standings in 2018 before being bundled out by Kolkata Knight Riders in the playoffs.

Ahead of IPL 2018, the Royals were dealt a massive blow as captain Steve Smith was banned by Cricket Australia due to his involvement in the ball-tampering scandal in South Africa and had to pull out of the Indian T20 tournament as well. In Smith's absence, Ajinkya Rahane led the side and will remain the skipper this year as well.

Nevertheless, Smith was retained for the upcoming season and his return will be a big boost for the Royals, who have a lot of quality in their ranks.

Jos Buttler, one of the explosive batsmen in world cricket at the moment, was retained by Rajasthan Royals for IPL 2019. The Englishman started off as a middle-order batsman in 2018 but was promoted to the top after some games.

As an opener, Jos Buttler scored five consecutive half-centuries for the Royals, tying the IPL record of Virender Sehwag.

So, most probably, Buttler, widely regarded as one of the most talented English batsmen of his generation, will open the batting for Rajasthan Royals this season as well.

Australia legend and Rajasthan Royals mentor Shane Warne believes Sanju Samson will be India's 'next superstar' after his stunning form in IPL 2018.

The talented batsman from Kerala displayed improvements he made since crossing over from the Delhi Daredevils in the previous season.

Samson, who has the ability to play big innings and win matches single-handedly for his team, scored a 45-ball-92 against Royal Challengers Bangalore in IPL 11.

Samson's highest individual score of IPL 2018 included an astounding 10 maximums and helped Rajasthan Royals post a mammoth 217 for 4, their highest total of the season.

Ben Stokes, regarded as one of the best all-rounders in the world right now, was bought for a whopping Rs 12.5 crore by Rajasthan Royals in 2018 but the Christchurch-born cricketer failed to live up to his price tag.

In the 2017 edition of IPL, Stokes scored 316 runs at a strike rate of 142.98 from 11 innings and picked up 12 wickets for Rising Pune Supergiant, making him the most expensive player of 2018's player auction.

The pricey England all-rounder, who was named the 'Most Valuable Player' at IPL 2017, failed to pass the score of 50 for the Royals last season, averaging less than 17 in 13 matches.

Having struggled with injury at the start of the tournament, Stokes' contribution with the ball was also unimpressive as he took eight wickets at an average of 38.

Nevertheless, the Royals retained Ben Stokes proving that they still believe in his destructive abilities and expect him to be at his monstrous best in the upcoming season.

Jofra Archer, currently known as the T20 specialist bowler all around the world, made his IPL debut with Rajasthan Royals in IPL 11.

It was a debut to remember for the Sussex player as in his maiden appearance for Rajasthan Royals, the all-rounder made the difference with his returns of 3/22.

Royals bought Archer, an unknown commodity in the IPL then, in the last year's auction on the basis of his impressive form in the 2017-18 Big Bash League.

The 23-year-old took 15 wickets at an average of 21.6 in the last season, becoming one of 16 players retained by the franchise from the 2018 season.

Before the start of last year's tournament, the Royals were dealt a hammer blow as captain Steve Smith was pulled out due to the ball-tampering scandal in South Africa. In his absence, Ajinkya Rahane led the side and will remain the skipper this year as well.

Other than being a solid captain, Rahane has been a vital cog in Royals' batting line-up over the years.

The calm, patient and determined batsman from Mumbai twice crossed the 500-run mark during his tenure with the Jaipur-based franchise.

Rahane has been instrumental in Rajasthan Royals' scheme of things since being their leading run-getter in IPL 2012.

Sanju Samson IPL 2019 Cricket
Get the latest updates on IPL 2021, IPL Points Table , IPL Schedule 2021 , live score . Like us on Facebook or follow us on Twitter for more sports updates. You can also download the NDTV Cricket app for Android or iOS.