Both Steve Smith and David Warner were barred from participating in the lucrative league last year after their involvement in the ball-tampering scandal. 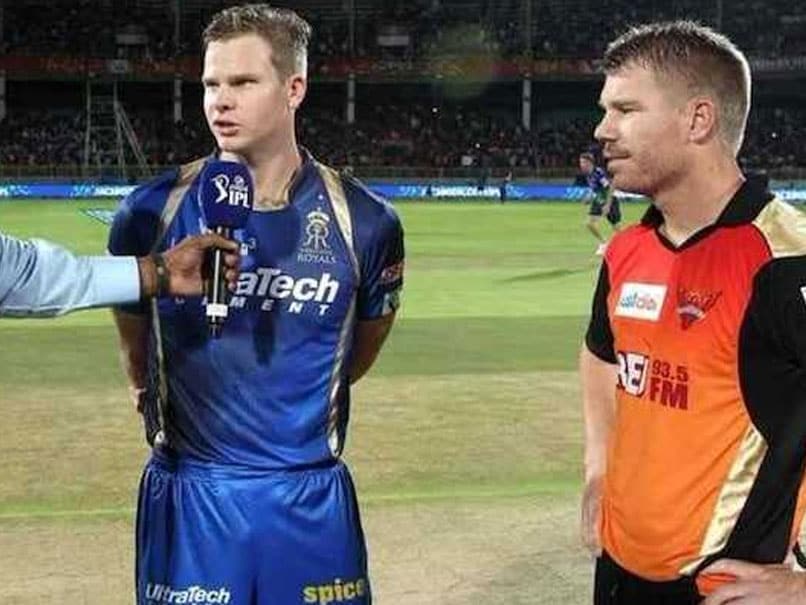 Both Steve Smith and David Warner are returning from elbow injuries.© IPL

Disgraced Australian stars Steve Smith and David Warner joined their Indian Premier League teams Sunday after missing out on the previous edition of the Twenty20 tournament over a ball-tampering controversy. Both Smith and Warner were barred from participating in the lucrative league last year after their involvement in the scandal. The duo, who are serving one-year international bans that end later this month, recently joined the Australian team in Dubai as part of their reintegration after the scandal in South Africa that rocked the cricketing world.

Both players, who are also returning from elbow injuries, would be eligible for part of the upcoming ODI series against Pakistan, but selectors decided it would be better to ease themselves back into form at the IPL.

"Great to be back with the @rajasthanroyals here in Jaipur. Very excited for this years IPL," Smith wrote on Twitter.

Warner also took to social media to thank his franchise for its "loyal support" all through his international ban, which ends March 28.

"Great to be back here in Hyderabad with @SunRisers I can't thank the franchise and fans enough for your loyal support over the last 12months. Time to get back into it," he wrote.

Warner -- who led Sunrisers to victory in the IPL's 2016 edition -- and Smith were suspended just ahead of the 2018 edition by the league's governing council.

Rajasthan Royals IPL 2019 Cricket
Get the latest updates on IPL 2021, check out the IPL 2021 Schedule and Indian Premier League Live Score . Like us on Facebook or follow us on Twitter for more sports updates. You can also download the NDTV Cricket app for Android or iOS.