Shane Watson admitted that he spent some great time with Chennai Super Kings (CSK) in the last couple of years. 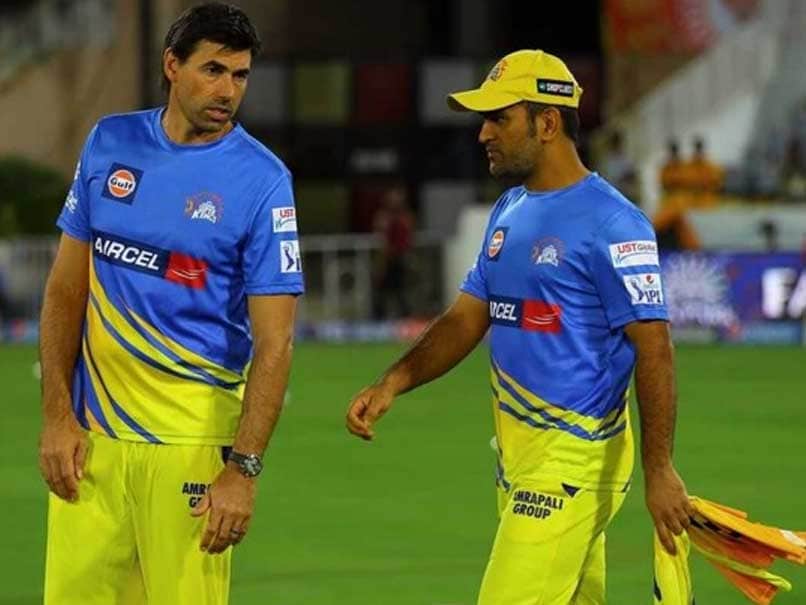 Shane Watson admitted he had an amazing time with MS Dhoni and Stephen Fleming.© Twitter

Watson feels that with Chennai Super Kings (CSK), it is all about smooth management and credit for that goes to the trio of N. Srinivasan, skipper MS Dhoni and coach Stephen Fleming.

"My experience with Chennai Super Kings has been very special and welcoming. I've played a lot of leagues for franchises around the world, whether that's here in India or other parts of the world. There's no doubt that CSK is a very slick operation with how it is run, on and off the field. And everything comes down to the leaders, with how N Srinivasan, how he allows the team to be run by the franchise; with MS Dhoni and Stephen Fleming, who I believe are the best captain-coach combination in the world," Watson said.

"Obviously, they have a lot of history with working together as well, it is an amazing dynamic these guys have got and they know how to get the best of all the players around them. And also the coaching staff. So, it is really a privilege to be able to play for CSK. I have had an amazing time in the last couple of years. We've had a lot of success as well, which is a nice bonus. There aren't any secret theories as to why they are so successful. It's just because it's such a great franchise and such a great operation," he added.

Watson said that the love for the game has kept him going even post retirement as he plays in various T20 leagues across the world.

Asked if he feels that the Aussies can make it 2-0 in the Ashes, Watson said, "That's wishful thinking. It's so incredibly hard to be able win away from home. It's not just the Ashes, for most teams winning away is looking impossible now."

Shane Watson IPL 2019 Cricket
Get the latest updates on Fifa Worldcup 2022 and check out  Fifa World Cup Schedule, Stats and Live Cricket Score. Like us on Facebook or follow us on Twitter for more sports updates. You can also download the NDTV Cricket app for Android or iOS.