Shane Watson Thanks Fans For Support, Vows To Come Back Stronger Next IPL

Shane Watson scored brilliant 80 runs and kept his team in the hunt till the very dying moments in the IPL 2019 final against Mumbai Indians. 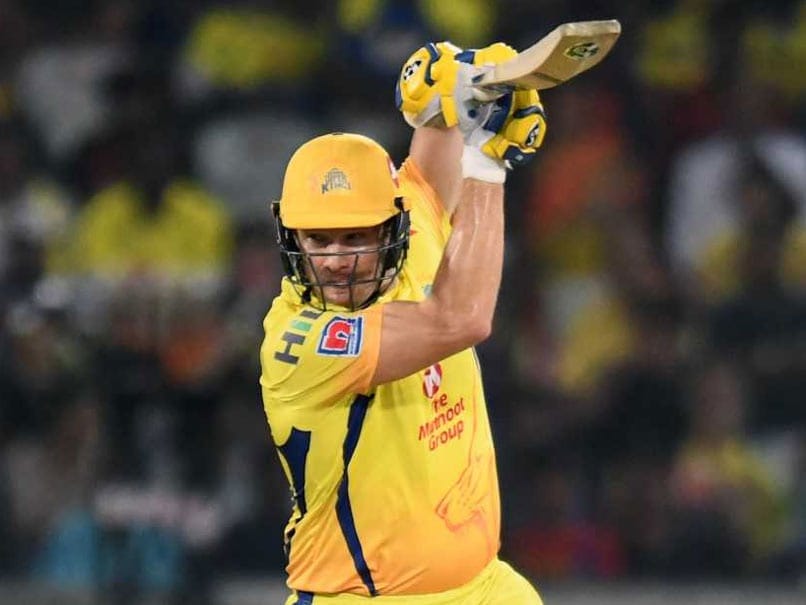 Shane Watson, the Chennai Super Kings opener, who recently made headlines for batting with a bleeding knee in the Indian Premier League (IPL) 2019 final against Mumbai Indians, has thanked his fans and well-wishers for their support and best wishes over last couple of days. "Hi everyone, I have just arrived home and want to thank everyone for all their love, support and best wishes that you've given me over the last couple of days," Watson said in an Instagram video.

Watson didn't have a great IPL 2019 but the CSK management persisted with him for the entirety of the tournament and the veteran paid off the management's faith by scoring half-centuries in the last two knock-out games - Qualifier 2 and the Final.

Watson, the hero of CSK's last year IPL triumph, once again rose to the occasion in IPL 2019 final against Mumbai Indians and scored brilliant 80 runs and kept his team in the hunt till the very dying moments.

In a last-ball thriller, CSK ultimately fell one run short of Mumbai Indians' score and couldn't etch their name in the IPL history.

Reacting to his final experience, Watson said, "Look, we were so close to going over the (finish) line against Mumbai but it was an amazing final," Watson said.

After the not so pleasant ending of IPL 2019 campaign, Watson expressed his resolve to come back stronger in next season of the IPL and end their campaign by taking the "one step further".

"I am looking forward to come back next year to take that one step further. But thanks again, everyone for all the support and WhistlePodu!," he signed off.

Rajiv Gandhi International Stadium, Hyderabad IPL 2019 Cricket
Get the latest updates on IPL 2021, check out the IPL 2021 Schedule and Indian Premier League Live Score . Like us on Facebook or follow us on Twitter for more sports updates. You can also download the NDTV Cricket app for Android or iOS.