Harbhajan Singh took to Instagram and posted a story, attaching an image of Shane Watson with his knee bent, hitting a shot through the off-side. 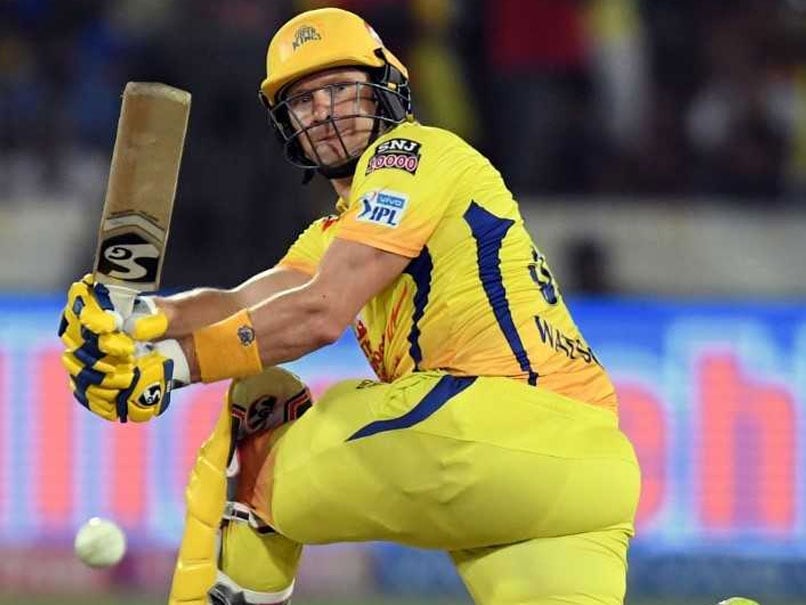 Shane Watson played a fine knock against Mumbai Indians but failed to take CSK over the line.© AFP

Shane Watson almost took Chennai Super Kings (CSK) to IPL 2019 triumph with a brilliant knock in the final on May 12. But it wasn't to be for the Australian and the Chennai outfit as Mumbai Indians won the IPL 2019 final by one run to clinch a record fourth IPL title. Veteran Indian spinner Harbhajan Singh, who was part of the CSK playing XI in the IPL final, has revealed that Shane Watson batted in the final after getting six stitches on his knee following an injury while fielding.

Harbhajan Singh took to Instagram and posted a story, attaching an image of Watson with his knee bent, hitting a shot through the off-side.

In the image, a large patch of blood can be seen on Watson's left upper thigh. 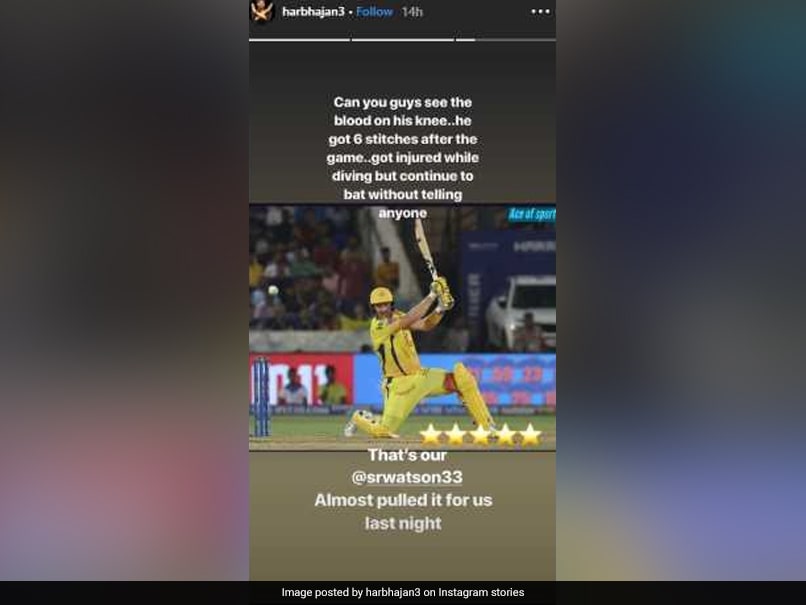 "Can you guys see the blood on his knee," Harbhajan Singh wrote. "He got 6 stitches after the game... got injured while diving but continue (sic) to bat without telling anyone.

"That's our @srwatson33, almost pulled it (off) for us last night," he added.

Shane Watson fought valiantly for Chennai but couldn't take his team over the line as CSK were bowled out for 148. Lasith Malinga bowled a brilliant final over, giving away just seven runs when nine would have won it for CSK.

Shane Wastson batted through the CSK innings until he was run out in the final over, smashing four sixes and eight fours in his 59-ball 80 knock.

After Watson's dismissal, CSK needed four off the final two balls but failed to score the required runs and lost the match by a run as Mumbai Indians clinched a record fourth IPL title.

Shane Watson IPL 2019 Mumbai Indians vs Chennai Super Kings, Final Cricket
Get the latest updates on IPL Auction 2023 and check out  IPL 2023 and Live Cricket Score. Like us on Facebook or follow us on Twitter for more sports updates. You can also download the NDTV Cricket app for Android or iOS.