Ravindra Jadeja was at the other end when Shane Watson was run out at a critical juncture of the MI vs CSK IPL 2019 final. 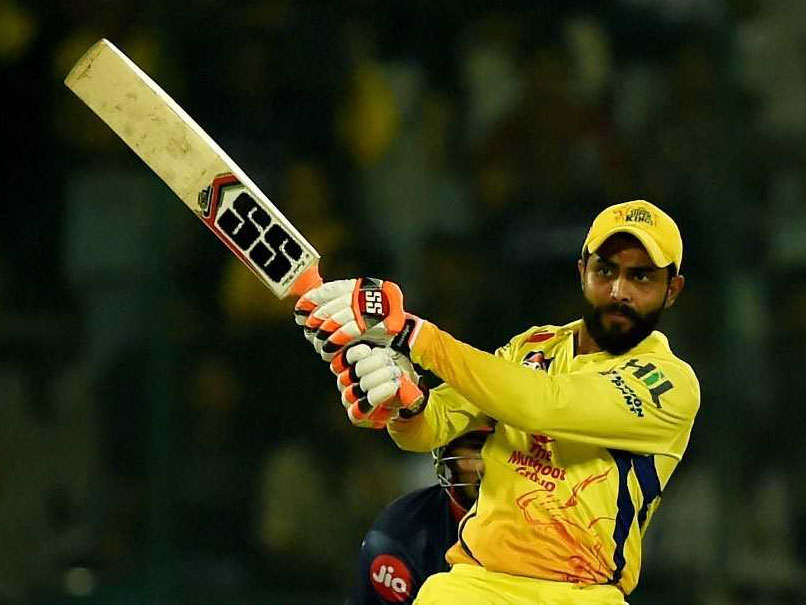 Ravindra Jadeja had the ideal opportunity to etch his name in Chennai Super Kings (CSK) folklore but ended up doing the complete opposite in the MI vs CSK IPL 2019 final. MS Dhoni surprisingly gave Jadeja just two overs to bowl despite the all-rounder giving away only 12 runs at an economy rate of 6. Ravindra Jadeja's next contribution to CSK's cause was when he walked out to bat in the 19th over with his team needing 17 runs to win off the final 10 balls. Jadeja played five of those remaining 10 balls and managed only 5 runs from them. But more importantly, Ravindra Jadeja was involved in a game-changing run-out that ended up costing Shane Watson's wicket in the final over.

Shane Watson had looked set to get CSK over the line but the Australian veteran, in a bid to take a double, was run out for 80 off 59 balls -- leaving CSK needing four runs off the final two balls.

CSK failed to score the required runs and lost the match by a run as Mumbai Indians clinched a record fourth IPL title.

After the match, fans took to Twitter and trained their guns at Ravindra Jadeja, blaming the Indian all-rounder for running out Shane Watson. Many fans took the opportunity to remind others of how Jadeja had played a part in Hardik Pandya's run out in the final of the Champions Trophy 2017 against Pakistan.

Poor Shane Watson. If a batsman is striking the ball well, is gettling all the lucky breaks & opposition can't get out by any means... then just make him bat with Ravindra Jadeja & he will be back to pavillion #MIvCSK #IPL2019Final

Ravi Jadejas anxiety for the extra run cost us Shane Watson run out yesterday. How crucial was that. Sometimes, It's not just only the speed. Jadeja should be more sensible while running.!! #IPL2019Final #CSKvMI

Remember the name "Ravindra Jadeja"
In Champions Trophy and once again in #IPL2019Final .
Match winner for opponent team

Ravinder jadeja is the culprit. Run out of watson was the turning point of the match

SHANE WATSON RUN OUT!!!!!!. is jadeja an idiot he is just seeing the fielder standing

Ravindra Jadeja comes to bat & the game changes in favor of opposition. Not the first time that happened, wonder if it will happen again in this World Cup #IPL2019Final #MIvCSK

Jaddu was the real culprit, to run-out Watson

Despite watching the replays, it is still not clear whether it was Ravindra Jadeja who called Shane Watson for the second run that ended up costing him his wicket.

Watson, though, did his best to keep CSK in the chase and till the time he was at the crease, the Chennai outfit were the favourites to win the title.

However, Lasith Malinga, who had leaked 37 runs in his previous three overs in the final, proved to be the unlikely hero for Mumbai Indians.

After Shane Watson had hit a fierce 80, CSK needed two runs off the final ball to overtake Mumbai Indians' 149/8 but Malinga dismissed Shardul Thakur with a perfect yorker to clinch the landmark win.

Shane Watson IPL 2019 Mumbai Indians vs Chennai Super Kings, Final Cricket
Get the latest updates on Fifa Worldcup 2022 and check out  Fifa World Cup Schedule, Stats and Live Cricket Score. Like us on Facebook or follow us on Twitter for more sports updates. You can also download the NDTV Cricket app for Android or iOS.