Hardik Pandya was clearly not happy at being left high and dry by Jadeja when he was going great guns. 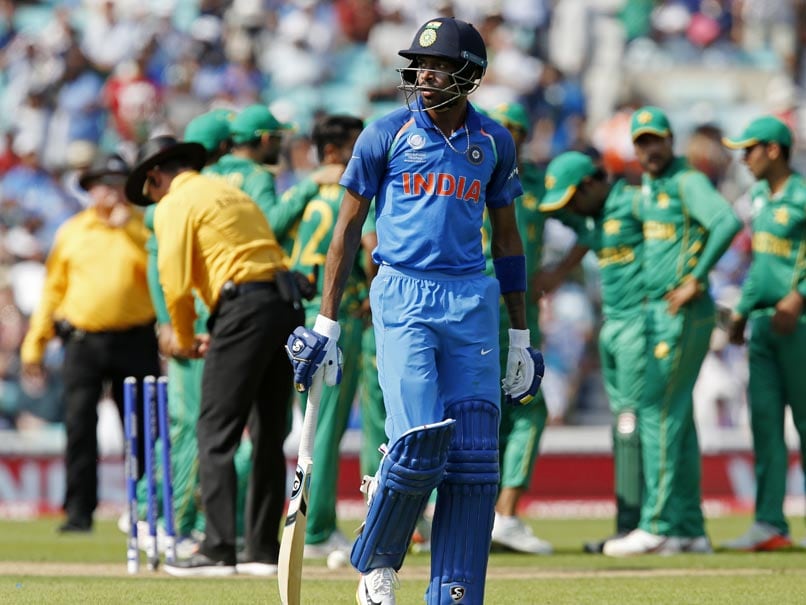 Hardik Pandya had reason to be unhappy when he was sold for a prayer by fellow-batsmanRavindra Jadeja during the ICC Champions Trophy final at The Oval in London on Sunday. Pandya was keeping the slim hopes of the Indian fans alive with his solid batting as he carted the Pakistan bowlers around after the Indian batting line-up was reduced to 72/6 in the 17th over. While there was little chance of the fortune of the match changing, the India supporters were rooting for Pandya to pull off the impossible.

But that didn't happen, as a horrible mix-up between Pandya and Jadeja cost India the seventh wicket.

Pandya, who had a measure of the Pakistan bowling, looked visibly upset after his dismissal, and as things now stand, he didn't forget the incident in a hurry.

In fact, he took to Twitter to express his displeasure with the dismissal.

"Hume to apno ne loota, gairo me kahan dum tha (We were robbed by our own, the others didn't have the ability)," Pandya wrote. 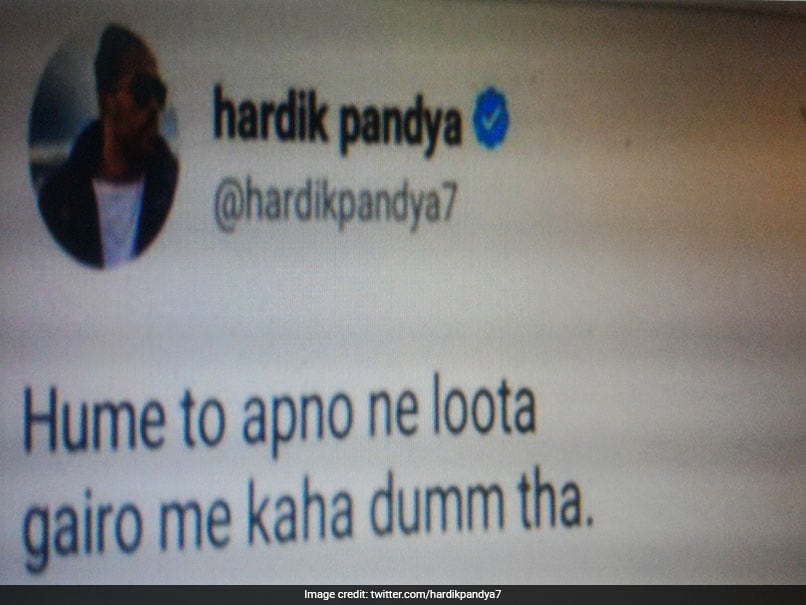 Pakistan dominated with both bat and ball to thrash a rather off-colour India by 180 runs and win their first Champions Trophy crown.

Listen to the latest songs, only on JioSaavn.com
Comments
Topics mentioned in this article
India Cricket Team Pakistan Cricket Team Hardik Pandya Ravindra Jadeja ICC Champions Trophy 2017 Cricket
Get the latest updates on T20 World Cup, check out the T20 World Cup Schedule and Live Score . Like us on Facebook or follow us on Twitter for more sports updates. You can also download the NDTV Cricket app for Android or iOS.