Suresh Raina is holidaying in Amsterdam with his wife Priyanka and couldn't resist sharing his picture with PM Modi on Twitter. 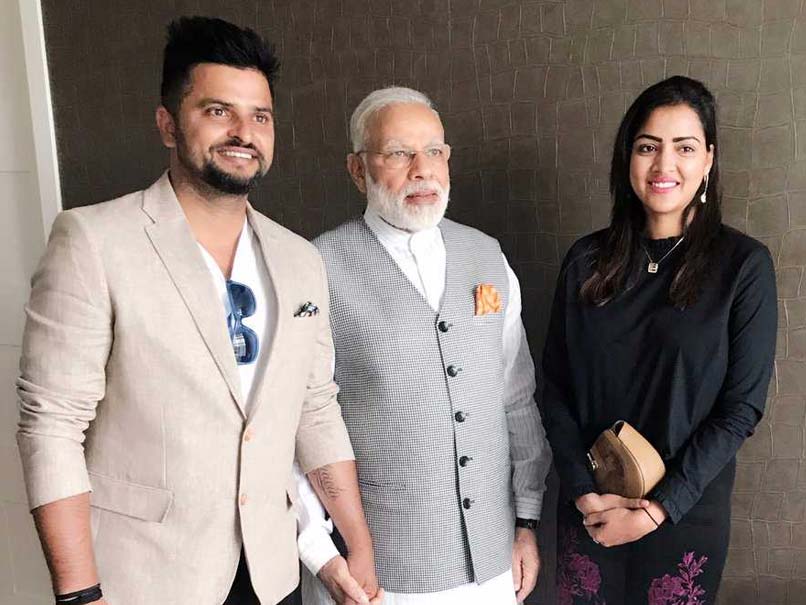 India cricketer Suresh Raina met Prime Minister Narendra Modi during the latter's visit to the Netherlands. The left-handed batsman is holidaying in Amsterdam with his wife Priyanka and couldn't resist sharing his picture with PM Modi on Twitter. He wrote,"Delighted to meet the man with golden vision @narendramodi on his exceptionally constructive visit to the #Netherlands. #ModiInNetherlands." PM Modi visited Portugal, the United States and ended his tour in the Netherlands. This year marks 70 years of Indo-Dutch diplomatic relations.

Delighted to meet the man with golden vision @narendramodi on his exceptionally constructive visit to the #Netherlands. #ModiInNetherlands pic.twitter.com/tQPsmvUQlx

Raina is on a mission, to get as fit as one can. No wonder he has been posting fitness videos on his Twitter account for some time now. On the eve of India vs Bangladesh ICC Champions Trophy semi-finals, Raina posted a video on social media saying 'I don't sweat, I sparkle!' with a flexed muscle emoji.

Raina was sorely disappointed in having missed out on a main squad berth of the Champions Trophy. "It's really disappointing and hurting. I was expecting a comeback call this time," Raina had said after the team was picked.

He had scored 442 runs in the Indian Premier League though Gujarat Lions had failed to qualify for the Play-offs.

Raina is determined to keep the fitness trend going. And on the field, he is insistent that his bat do the talking which will earn him a comeback in the India team.

Sponsored by Vuukle
Comments
Topics mentioned in this article
India Cricket Team Suresh Raina Virat Kohli ICC Champions Trophy 2017 Cricket
Get the latest updates on Fifa Worldcup 2022 and check out  Fifa World Cup Schedule, Stats and Live Cricket Score. Like us on Facebook or follow us on Twitter for more sports updates. You can also download the NDTV Cricket app for Android or iOS.