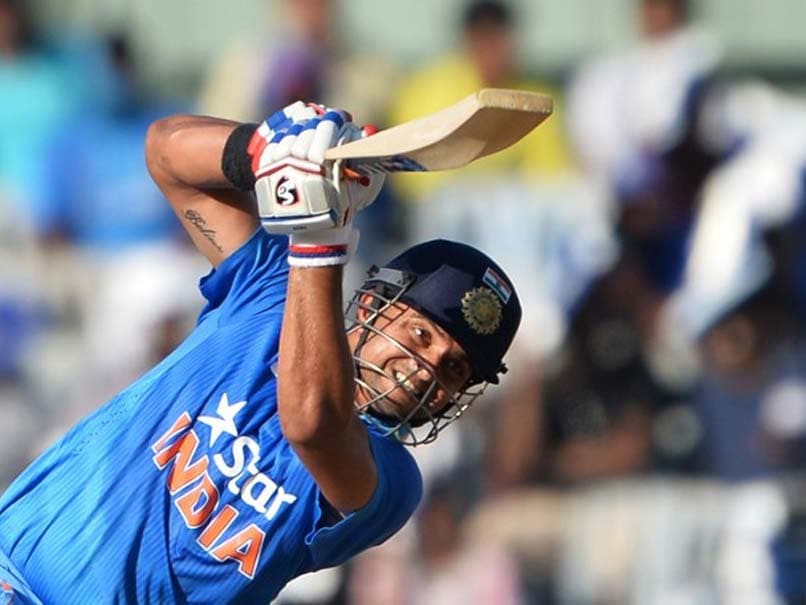 Suresh Raina is on a mission, to get as fit as one can. No wonder he has been posting fitness videos on his Twitter account for some time now. On Wednesday, the eve of the much-awaited India vs Bangladesh ICC Champions Trophy semi-finals, Suresh Raina posted a video on social media and saying 'I don't sweat, I sparkle!' with a flexed muscle emoji. The Gujarat Lions captain in the Indian Premier League (IPL) was snubbed for the main squad for the ongoing Champions Trophy and it must have pinched.

The Board of Control for Cricket in India (BCCI) selectors thought it would better to include Raina in the 5-man standby list rather than in the main squad. And it seems Raina is out to prove all of them wrong, trying to get as fit as possible.

The video he posted on Wednesday sees him doing push-ups, boxing, a bit of combat training and even a box jump-push up combination with a trainer guiding him along the way outdoors.

Raina was sorely disappointed in having missed out on a main squad berth of the India cricket team. "It's really disappointing and hurting. I was expecting a comeback call this time," Raina had said after the team was picked.

He had scored 442 runs in the IPL though Gujarat Lions had failed to qualify for the Play-offs.

Raina is determined to keep the fitness trend going. And on the field, he is insistent that his bat do the talking which will earn him a comeback in the India team.

Sponsored by Vuukle
Comments
Topics mentioned in this article
Suresh Raina Cricket India Cricket Team
Get the latest updates on IPL Auction 2023 and check out  IPL 2023 and Live Cricket Score. Like us on Facebook or follow us on Twitter for more sports updates. You can also download the NDTV Cricket app for Android or iOS.