Yuvraj Singh Regrets Not Settling In Any IPL Franchise 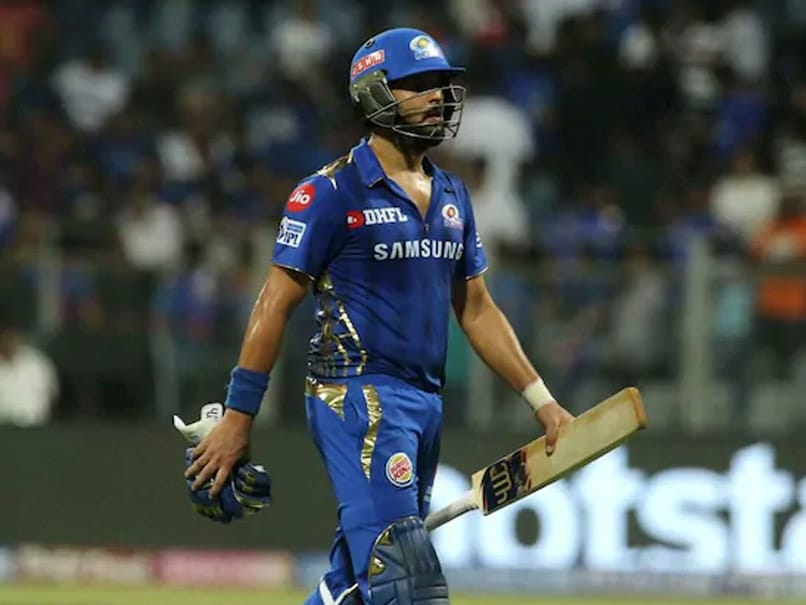 Yuvraj Singh had a poor season with Mumbai Indians in 2019.© BCCI/IPL

Former India batsman Yuvraj Singh was instrumental in India winning plenty of matches but he never came up as a successful player in the Indian Premier League (IPL). Yuvraj Singh, who announced retirement a month ago, on Tuesday admitted that he always had one regret in his life that he never got settled in any franchise in the Indian Premier League (IPL). Yuvraj played for Kings XI Punjab, Pune Warriors, Royal Challengers Bangalore, Delhi Capitals, Sunrisers Hyderabad and Mumbai Indians in the IPL.

Yuvraj, who was the player of the tournament in the 2011 World Cup, was part of two IPL winning teams Sunrisers Hyderabad (2016) and Mumbai Indians this year.

"I was never settled in whichever franchise I played for. I didn't really get settled where you are made to play for one franchise or maybe two," Yuvraj said while receiving the Lifetime Achievement Award at the 91st annual general meeting of the Indian Chambers of Commerce here.

In the 2014 auctions, Yuvraj was the most expensive player of IPL history after Royal Challengers Bangalore (RCB) won an intense bid with Kolkata Knight Riders for a whopping Rs 14 crore.

"I almost joined KKR but last moment (in the auctions), I went to RCB. I probably had my best IPL season with RCB. It was unfortunate not to come to KKR," he recalled.

The left-hander was part of Sunrisers Hyderabad's maiden and only IPL triumph in 2016 but the stylish all-rounder went unsold in the first round of bidding for this year's IPL before being sold to eventual winners Mumbai at his base price of Rs 1 crore.

"I can't really complain about it. It was great working with all these teams. Being with Mumbai Indians and winning the championship, and also winning for Sunrisers was a great experience," said Yuvraj, who played four matches for Mumbai this season.

Talking about the inaugural World Twenty20, where he helped India win the title and smashed a record six sixes in a row against England pacer Stuart Broad, Yuvraj said, "The inaugural World Twenty in 2007 changed world cricket specially in T20. It was just my day. The fifth ball was a yorker and still I managed to hit that out of the park. It was my day."

"It was a phenomenal tournament, it took cricket to the next level. Absolutely nobody was expecting us to win it. We played fearless cricket. We had a new captain. We lost a few crucial games and had to win all three to get to the finals. We just went and expressed ourselves," he added.

Yuvraj Singh IPL 2019 Cricket
Get the latest updates on IPL Auction 2023 and check out  IPL 2023 and Live Cricket Score. Like us on Facebook or follow us on Twitter for more sports updates. You can also download the NDTV Cricket app for Android or iOS.