Bhuvneshwar Kumar's message for the SRH fans comes a few days after David Warner had sent out a similar video. 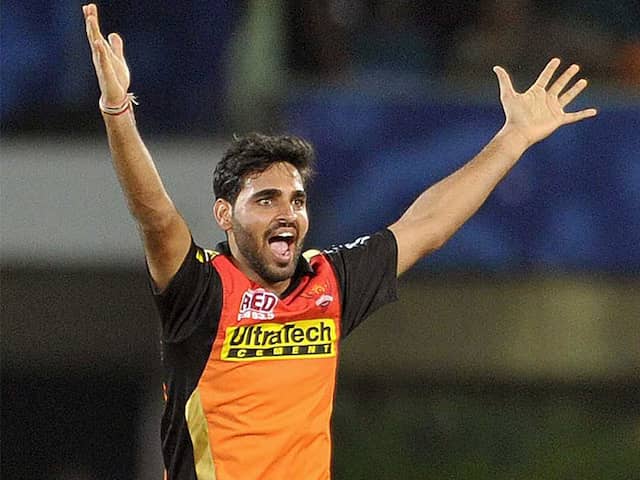 Bhuvneshwar Kumar will be leading the pace attack for SunRisers Hyderabad.© AFP

Premier India pacer Bhuvneshwar Kumar, who will be leading the pace attack for SunRisers Hyderabad (SRH) in Indian Premier League (IPL) 2019, joined Australian opener David Warner to send a special message for the SRH fans. In a video message posted by the Hyderabad outfit on their official Twitter handle, Bhuvneshwar Kumar said, "Hi guys, this is Bhuvneshwar Kumar, only few days left for our first home game and we're sure you don't want to miss all the action."

The Meerut pacer concluded the video by saying, the first 25,000 tickets for SRH's first home game are available for Rs. 500 and it can be booked from their official website.

#OrangeArmy, Our swing king Bhuvneshwar Kumar has a special offer for you!

RUSH to https://t.co/p9YgYA2ueZ NOW before tickets sell out! #500ForYou pic.twitter.com/RrExRT9u2g

Warner, who will return to IPL in its upcoming edition after completing a 12-month ban following the ball-tampering scandal had earlier send out a similar message to the Hyderabad franchise fans.

Bhuvneshwar, who is currently on national duty at the ongoing ODI series against Australia, had clinched the IPL title with the franchise in 2016. He had picked 23 wickets during the season at an average of 21.30.

With the much-awaited IPL 2019 approaching, Bhuvneshwar will once again be the key in the bowling department for the side. He holds an experience of 102 matches in the lucrative T20 tournament under his belt and bagged the best figures of 5/19.

SunRisers Hyderabad will travel to Kolkata to begin their IPL 2019 campaign against Kolkata Knight Riders (KKR) on March 24.