Bhuvneshwar Kumar also claimed two wickets during the third and final ODI between India and Australia. 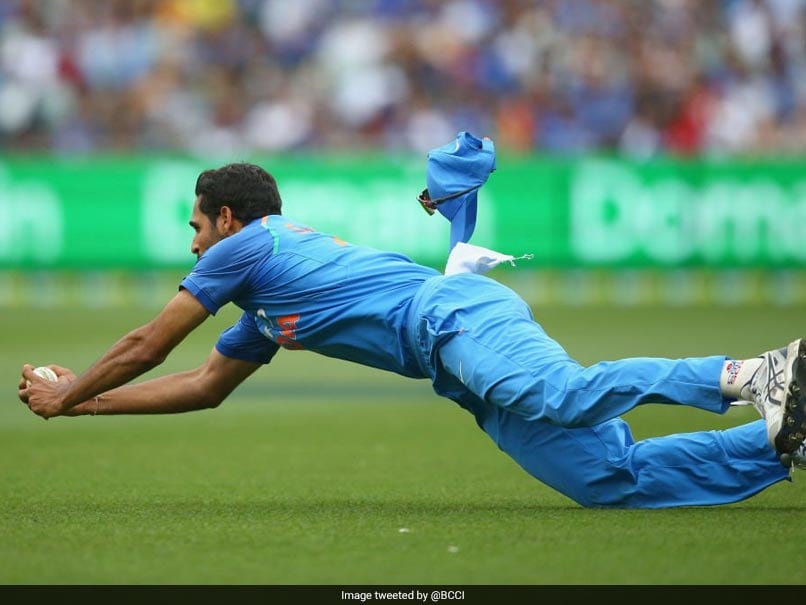 Bhuvneshwar Kumar displayed a brilliant performance during the third and final One-day International (ODI) against Australia at the Melbourne Cricket Ground (MCG). Not only did the premier Indian pacer Bhuvneshwar Kumar dismiss the Australian openers Alex Carey and Aaron Finch early, but he also took a brilliant diving catch to get rid of Glenn Maxwell for 26 runs. The incident took place in the 35th over of the match after Glenn Maxwell top edged Mohammed Shami's delivery and Bhuvneshwar Kumar made a brilliant diving effort to send back the middle-order batsman. The wicket left the hosts reeling at 161 for six.

Watch it for yourself:

Indian skipper Virat Kohli in the day earlier had won the toss and asked Australia to bat in the ODI series deciding contest.

Australia made a wasteful start losing both their opener for as little as 27 runs. However, from there on Usman Khawaja (34) and Shaun Marsh (39) and Peter Handscomb (58) contributed important runs but wickets kept falling from the other end.

For India, wrist-spinner Yuzvendra Chahal was the pick of the bowlers, picking six wickets for 42 runs to bundle Australia to 230 runs.

Among the pacers, Mohammed Shami (2/47) and Bhuvneshwar Kumar (2/28) scalped two wickets each.

The winner will take the series after Australia won the opening match in Sydney by 34 runs and India levelling with a six-wicket win in Adelaide.

Bhuvneshwar Kumar Cricket
Get the latest updates on IPL Auction 2023 and check out  IPL 2023 and Live Cricket Score. Like us on Facebook or follow us on Twitter for more sports updates. You can also download the NDTV Cricket app for Android or iOS.