Bhuvneshwar Kumar made Aaron Finch his bunny during the ODIs, dismissing him three times. 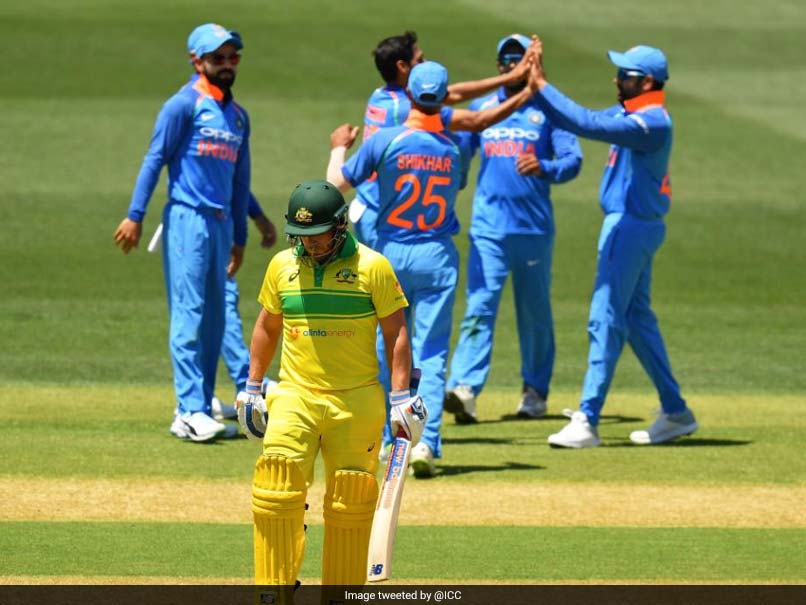 Aaron Finch has 11 ODI centuries to his name but only one of them came in his past 12 knocks.© Twitter: ICC

Virat Kohli's Team India completely outplayed Australia, except in the first One-day International (ODI) in Sydney, to win their first-ever bilateral ODI series Down Under. The visitors won the three-match series 2-1 after claiming victories in Adelaide and Melbourne. Aaron Finch, the Australia limited overs captain, says there is no one to blame but himself for below-par Test and ODI campaigns against India. The opening batsman contributed 97 runs at 16.16 in three Tests and 26 runs in the three-match ODI series. Finch also professed to being the ODI side's weak link and hoped to use his break from international cricket to address flaws in his technique. "We've seen some real improvement in the way we've batted in the last three ODIs in particular," Finch was quoted as saying by cricket.com.au.

"I was probably the weak link in that, which is disappointing for me as the captain of the side. I think this time will be really good to be able to work on my game with some more time in the schedule," Finch added.

Finch has been dropped from the Test squad for Australia's upcoming series against Sri Lanka, which the 32-year-old will have some time to fine-tuning his batting technique.

India's quicks troubled Finch during the Test series and Bhuvneshwar Kumar made Australia's white-ball skipper his bunny during the ODIs, dismissing him three times.

"It'll be good to be at home and to spend some time around some friends again," Finch said.

"It was obviously a disappointing series. Nowhere near as many runs as I would have liked or as big an impact with the bat."

Finch has 11 ODI centuries to his name but only one of them came in his past 12 knocks.

Aaron Finch Australia vs India 2018/19 Cricket
Get the latest updates on IPL Auction 2023 and check out  IPL 2023 and Live Cricket Score. Like us on Facebook or follow us on Twitter for more sports updates. You can also download the NDTV Cricket app for Android or iOS.