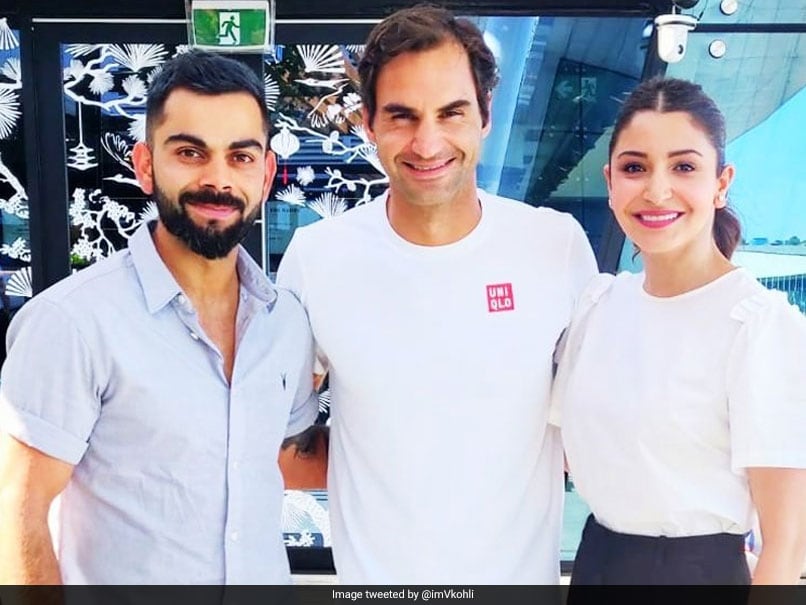 Virat Kohli and his Bollywood actress wife Anushka Sharma enjoyed some special and memorable moments in Australia over the last two months. Now, that Team India's tour of Australia is over, the 30-year-old skipper signed off in the most stylish way possible. Kohli and Anushka went to watch the first Grand Slam of 2019 - Australia Open - that is being played at the Melbourne Park. Not just that, they met the legendary Roger Federer, who is aiming to win this third consecutive Australian title. "What a day at the Australian open. ??????? An amazing way to finish the Australian summer. Forever grateful?????#ausopen," Virat Kohli tweeted along with a series of pictures from Australian Open.

Kohli shared a selfie with his wife along with other pictures from the Grand Slam. It seems that the couple watched Serena Williams beat Dayana Yastremska and Novak Djokovic's win over Denis Shapovalov.

On Friday, Kohli led India to their first bilateral One-day International (ODI) series win in Australia as the visitors won the third and final match in Melbourne by seven wickets.

Anushka took to Twitter to congratulate her husband and the team. "What an unforgettable & outstanding tour it's been !! Happy to have witnessed the historic victories by the men HUGE congratulations And so proud of you my love @virat.kohli," she captioned a picture of the team as they lifted the cup.

What an unforgettable & outstanding tour it's been !! Happy to have witnessed the historic victories by the menHUGE congratulation And so proud of you my love@imVkohlipic.twitter.com/QdAdN9OFaz

Kohli's next assignment begins on Wednesday as India are travelling to New Zealand to play a limited-overs series that will included five ODIs and three Twenty20 Internationals (T20Is).

The first ODI between India and New Zealand will be played in Napier on Wednesday (January 23).

Virat Kohli Cricket Roger Federer Tennis
Get the latest updates on IPL 2021, check out the IPL 2021 Schedule and Indian Premier League Live Score . Like us on Facebook or follow us on Twitter for more sports updates. You can also download the NDTV Cricket app for Android or iOS.