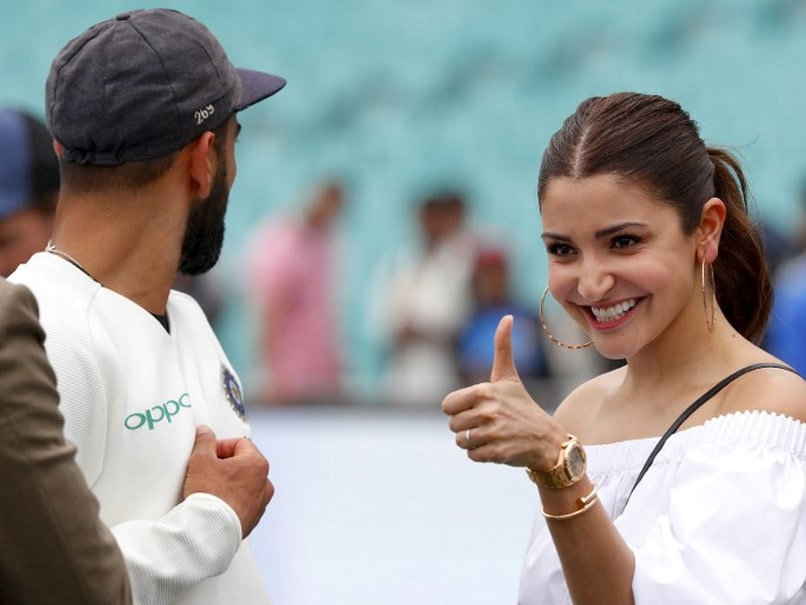 The Indian cricket team made history on Friday by winning it's first bilateral ODI series on Australian soil. India beat the hosts by seven wickets in the third and final ODI at the Melbourne Cricket Ground (MCG) to clinch the three-match series 2-1. MS Dhoni scored an unbeaten 87 while he got brilliant support from Kedar Jadhav (61 not out) and skipper Virat Kohli (46) as India chased down the 231-run target with four balls to spare. Post India's historic win, Anushka Sharma took to Twitter to congratulate the Indian team and her husband for "an unforgettable and outstanding tour".

What an unforgettable & outstanding tour it's been !! Happy to have witnessed the historic victories by the men HUGE congratulations And so proud of you my love@imVkohlipic.twitter.com/QdAdN9OFaz

Kohli started solidly and with Dhoni, he stitched a 54-run partnership to lay the foundations for India's successful run chase.

However, Jhye Richardson threw a spanner in the works as he got rid of Kohli on 46, leaving India in a very difficult position.

Kedar Jadhav, playing his first match of the tour, came into give Dhoni company. The duo put on an unbeaten 121-run stand to thwart the Australian bowlers and steer India out of troubled waters.

Jadhav remained unbeaten on 61 off 57 balls while Dhoni was not out on 87 off 114 balls as India reached the target in 49.2 overs.

Earlier, Virat Kohli opted to bowl after winning the toss in the series-decider and India bundled out Australia for 230 runs in 48.4 overs.

Leg-spinner Yuzvendra Chahal recorded the best figures by any bowler in ODI cricket in Australia to restrict the hosts to a modest total of 230 in the series decider.

Chahal, playing his first match of the series, stunned Australia with his six for 42 that helped him win the Man of the Match award.

Yuzvendra Chahal Australia vs India 2018/19 Australia vs India, 3rd ODI Cricket
Get the latest updates on ICC T20 Worldcup 2022, check out the Schedule and Live Score. Like us on Facebook or follow us on Twitter for more sports updates. You can also download the NDTV Cricket app for Android or iOS.