MS Dhoni became only the fourth Indian to record 1000 ODI runs in Australia. 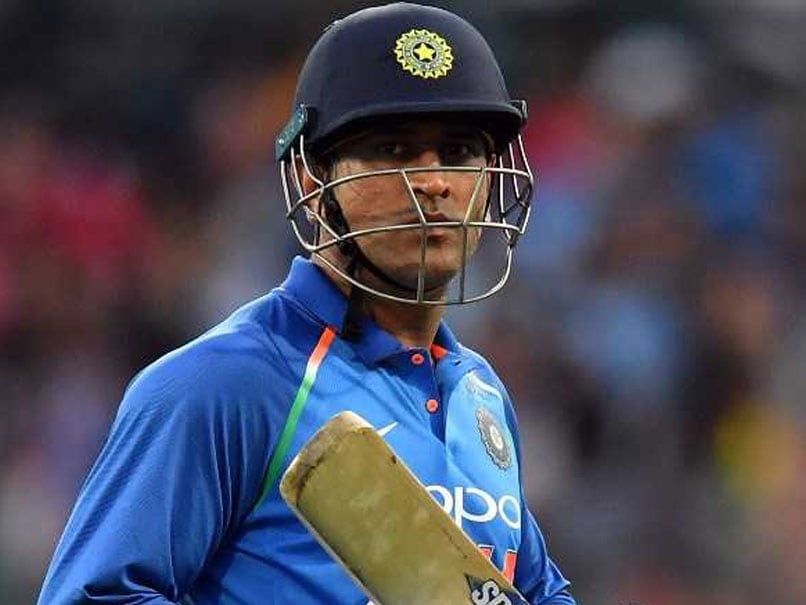 MS Dhoni scored a total of 193 runs in the three-match ODI series in Australia.© AFP

MS Dhoni has been in top form in the ODI series against Australia, scoring a hat-trick of half-centuries. On Friday, MS Dhoni was once again showed his worth to the Indian team with the bat in hand as he took the visitors to a thrilling seven-wicket win over the hosts at the Melbourne Cricket Ground (MCG). MS Dhoni scored an unbeaten 87 as India registered their first-ever bilateral series win in Australia. The former India captain also became the only the fourth Indian to score 1,000 ODI runs on Australian soil after Sachin Tendulkar, Virat Kohli and Rohit Sharma.

Going into the decider at MCG, Dhoni needed 36 runs to reach this milestone. Not only did he achieve the landmark, he was crucial to India's cause as the visitors chased 231 to win the match and the three-match series.

Dhoni came into bat with India in a tricky situation. Shikhar Dhawan's dismissal saw India being reduced to 59 for two in 16.2 overs, needing a fair bit to do to overhaul Australia's score.

Dhoni and skipper Virat Kohli (46) added 54 runs for the third wicket to take India a step closer but the Indian captain fell to Jhye Richardson in the 30th over, leaving India with a mountain to climb.

With their backs against the wall, Dhoni combined with Kedar Jadhav (61 not out) to bring India back from the dead. The duo strung together an unbeaten 121-run partnership to thwart the Australian bowlers and take India to a memorable series win.

Dhoni scored three consecutive half-centuries to take his total tally to 193 runs in three matches at an average of 193 and a strike rate of 73.10. Dhoni was adjudged Man of the Series for his brilliant performance.

Earlier, Yuzvendra Chahal (6/42) ran through the Australian middle and lower-order batting line-up to bag his second five-wicket haul in ODIs. Chahal, playing his first match of the ODI series, produced a brilliant performance to help bowl out Australia for 230 in 48.4 overs.

Virat Kohli Australia vs India 2018/19 Cricket
Get the latest updates on IPL Auction 2023 and check out  IPL 2023 and Live Cricket Score. Like us on Facebook or follow us on Twitter for more sports updates. You can also download the NDTV Cricket app for Android or iOS.