Paul Heyman had a cheeky reply to Cricket World Cup's tweet praising MS Dhoni for his heroic knock vs Australia at the MCG. 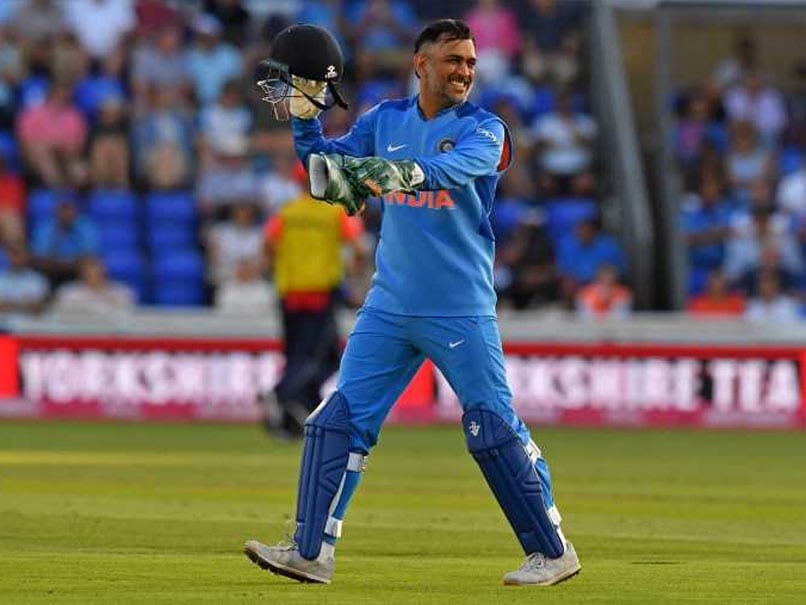 MS Dhoni received praise from all quarters after his brilliant performance in the Australia ODI series.© AFP

MS Dhoni's legendary status got a shot in the arm after his heroic knock at the Melbourne Cricket Ground (MCG) on Friday gave India their first-ever bilateral ODI series victory in Australia. Dhoni scored an unbeaten 87 and along with Kedar Jadhav (61 not out) took India to a series-clinching win. Social media platforms were flooded with congratulatory messages from all over the world for the former India cricketer. Among them was a tweet from Paul Heyman, who represents WWE Universal champion Brock Lesnar.

Following MS Dhoni's heroics against Australia on Friday, the official handle of the Cricket World Cup heaped praised on the former India captain.

Paul Heyman was one of the many who replied to the tweet but the hilarious nature of his reply left fans in splits.

My most (in)sincere compliments to @cricketworldcup for promoting the amazing @msdhoni by paraphrasing my mantra for @WWE #UniversalChampion @BrockLesnar #EatSleepConquerRepeat. Our royalties may be paid in cash, check, stock or cryptocurrency. https://t.co/sGtIALzso1

Some fans were taken aback by Heyman's reference to Dhoni while others imagined him introducing the former India captain.

U could rep him too..... He's a beast of running between the wickets and keeping the stumps....

Wow. Here is a mashup I never thought would happen @Rama21989

@KarthikRaju4 look at this ! Imagine msd being introduced by Heyman !

On Friday, MS Dhoni once again showed his worth to the Indian team with the bat in hand as he took the visitors to a thrilling seven-wicket win.

The former India captain also became the only the fourth Indian to score 1,000 ODI runs on Australian soil after Sachin Tendulkar, Virat Kohli and Rohit Sharma.

Going into the decider at MCG, Dhoni needed 36 runs to reach this milestone. Not only did he achieve the landmark, he was crucial to India's cause as the visitors chased 231 to win the match and the three-match series.

Dhoni scored three consecutive half-centuries to take his total tally to 193 runs in three matches at an average of 193 and a strike rate of 73.10. Dhoni was adjudged Man of the Series for his brilliant performance.

MS Dhoni Australia vs India 2018/19 Cricket
Get the latest updates on IPL Auction 2023 and check out  IPL 2023 and Live Cricket Score. Like us on Facebook or follow us on Twitter for more sports updates. You can also download the NDTV Cricket app for Android or iOS.