MS Dhoni's picture was set up as ICC's Twitter cover image after he was adjudged the Man of the Series in the recently- concluded series. 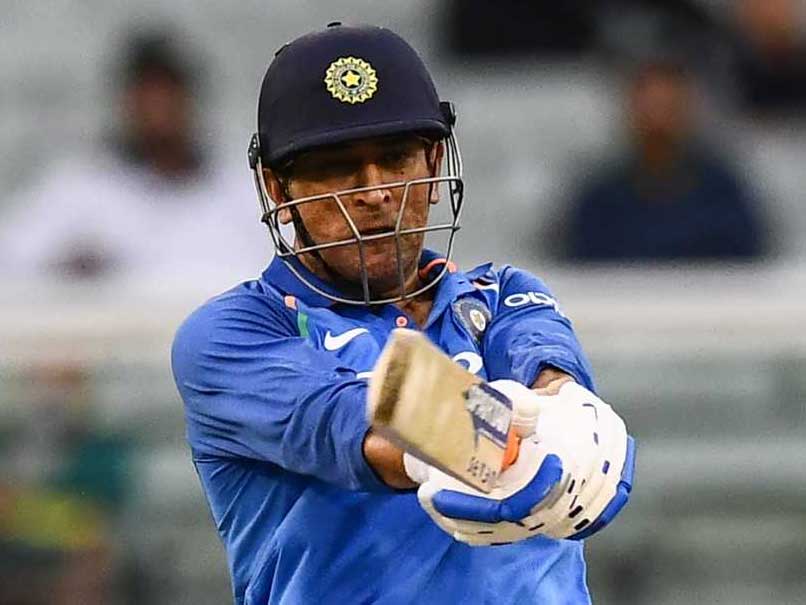 ICC got a big thumbs up from MS Dhoni fans.© AFP

The International Cricket Council (ICC) got a big thumbs up from MS Dhoni fans after it used the former Indian skipper's picture as the cover image of the official Twitter handle. Cricket's governing body took the step after MS Dhoni was adjudged the Man of the Series in the just-concluded ODI series against Australia. MS Dhoni notched up three consecutive half-centuries in the series which included two successive match-winning knocks. After the veteran's picture was set up as the cover, fans took to Twitter to applaud the move.

One of the fans tweeted, "The best cover photos @ICC and @cricketworldcup @msdhoni."

Another fan said, "When you wake up in the morning and see something like this on @ICC cover photo."

When you wake up in the morning and see something like this on @ICC cover photo,@msdhoni is love #truemsdian #MSDhoni #ms pic.twitter.com/S4DtqhQkIt

See who become the cover photo of @ICC . None other than our Thala @msdhoni . @SriniMaama16 @ChennaiIPL pic.twitter.com/G0WAmFp99A

We are watching cricket for Msd not a Indian team @msdhoni @imVkohli pic.twitter.com/DF5Ks2A20s

Despite not being at his fluent best, Dhoni notched up 193 runs in the three-match ODI series against Australia. It consisted a high score of an unbeaten 87, which came in the third and final ODI in Melbourne.

However. Dhoni after the end of the series said, it was not about where he bats after playing for 14 years.

A veteran of 335 ODIs, the 37-year-old's next assignment will start from Wednesday in New Zealand, when India play the Black Caps in the first of the five-match ODI series at McLean Park in Napier.

Dhoni averages over 50 in ODIs with a high score of an unbeaten 183 runs. He has 10 centuries and 70 half-centuries under his belt in this format.

Dhoni has also been crucial behind the stumps, over the years, taking 311 catches and recording 117 stumpings in ODIs.