MS Dhoni was rumoured to retire after the India vs England ODI series in 2018. 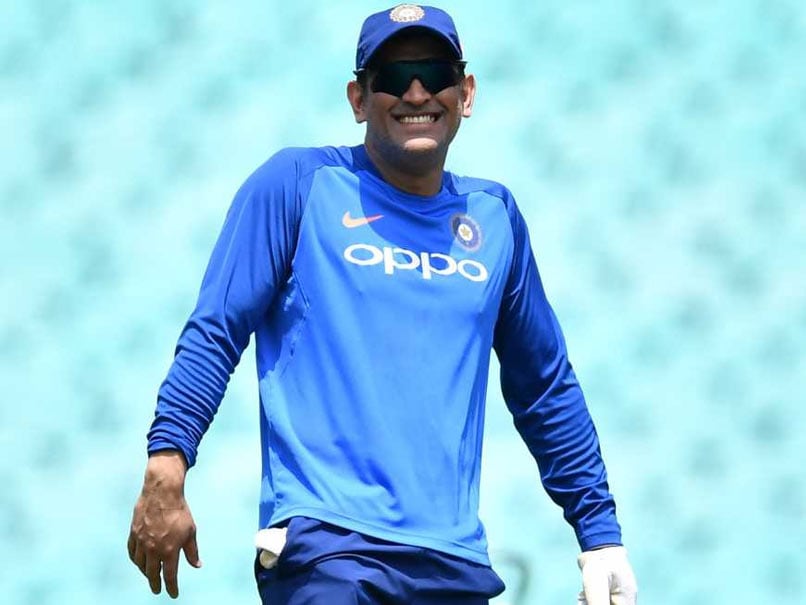 MS Dhoni was rumoured to retire from limited-overs cricket by social media.© AFP

MS Dhoni was rumoured to retire from limited-overs cricket by social media fans after the India-England One-day International (ODI) series last year. The rumour broke out after MS Dhoni carried the match ball to the dressing room. However, after the just-concluded India's ODI series against Australia, MS Dhoni made sure nobody spreads such rumours by handing over the match ball to batting coach Sanjay Bangar. After handing the ball to Sanjay Bangar, MS Dhoni said, "Ball lelo nahi to bolega retirement lerahe ho."

Another chance for Team India to celebrate on their Aussie tour! #AUSvIND pic.twitter.com/7D53QNX6hs

Dhoni also notched up three consecutive half-centuries in the series against Australia and was adjudged the Man of the Series for his brilliant performances.

However Dhoni, who remained not out on 87 runs in the third and final ODI to help India clinch the series 2-1, said it was not about where he batted after playing for 14 years.

A veteran of 335 ODIs, the 37-year-old's next assignment will start from Wednesday in New Zealand, when India play New Zealand in the first of five-match ODI series at the McLean Park in Napier.

Dhoni averages over 50 in the ODIs with the highest score of an unbeaten 183 runs. He has 10 centuries and 70 half-centuries under his belt in this format.

Dhoni has also been crucial behind the stumps, over the years, taking 311 catches and stumping 117 times in ODIs.