"Not About Where You Bat": MS Dhoni Says He Is Happy To Bat At Any Number After Playing For 14 Years

MS Dhoni was adjudged the Man of the Series in the just-concluded ODI series against Australia. 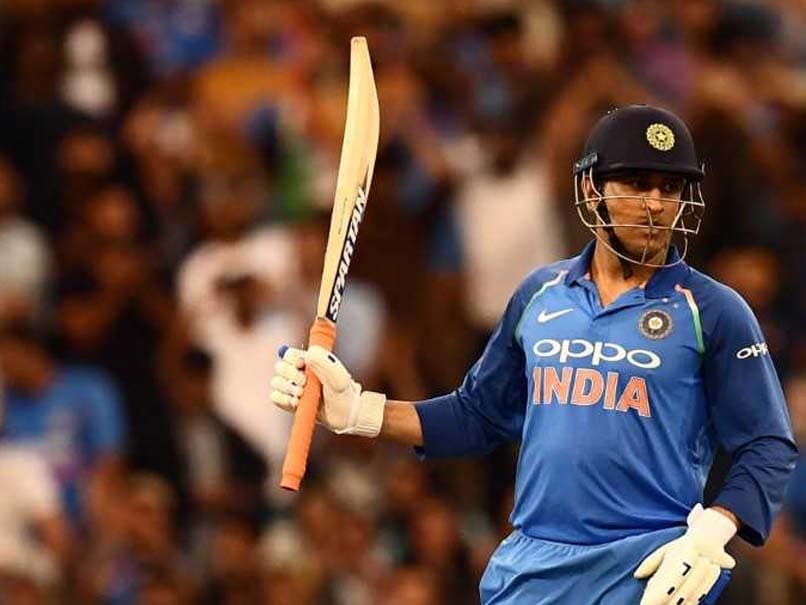 MS Dhoni rose against all the odds and proved he can still finish matches.© AFP

MS Dhoni rose against all the odds and proved he can still finish matches for India. The former Indian skipper MS Dhoni silenced his critics by playing two consecutive match-winning knocks in India's first bilateral ODI series triumph in Australia. Dhoni, who notched up three consecutive half-centuries in the just-concluded ODI series against Australia, was also adjudged the Man of the Series for his brilliant performances. However MS Dhoni, who stayed on 87 runs in the third and final ODI to help India clinch the series 2-1, said it was not about where he batted. He further stressed on his point by saying after playing 14 years of cricket he can't say if he doesn't wants to bat at number six and step in at number four.

"It is not about where you want to bat; I am happy to bat at any number and after playing for 14 years I can't say that I don't want to bat at number six and want to bat at four," Dhoni said in the post-match interview.

Alongside Dhoni, Kedar Jadhav (61) also remained unbeaten to help the visitors clinch victory by seven wickets in the final ODI. Dhoni applauded Jadhav's effort from the other end and said it was necessary to take the match till the end.

"It was a slow wicket, so it was a bit difficult to hit whenever you wanted to. It was important to take it to the end because some of their bowlers were on the verge of finishing their quota. No point going after the bowlers who were bowling well," Dhoni said.

"Kedar did a great job in playing unorthodox shots and it is important to hit boundaries," he added.

India's next assignment will begin from January 23, when they will take on New Zealand in the first of five-match ODI series.