India recorded their first bilateral ODI series win in Australia with a 2-1 verdict. 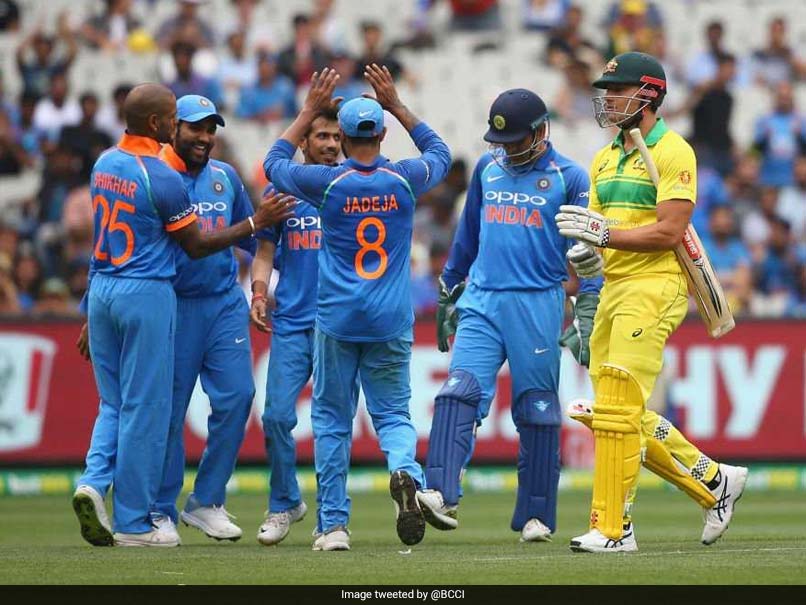 MS Dhoni was adjudged Player of the series.© Twitter

MS Dhoni and Kedar Jadhav's unbeaten 121-run partnership took India past the winning line as India defeated hosts Australia by 7 wickets to register their first-ever bilateral ODI series victory in Australian soil. India won the 3-match ODI series 2-1. Former captain MS Dhoniwas back among the runs as he scored three back-to-back half-centuries in this series. Dhoni's scores read 51 in Sydney, 55 not out in Adelaide and a match-winning knock of unbeaten 87 in Melbourne. He scored 193 runs in three-match ODI series.

Solid team effort to win the ODI series as well and finish a tour filled with excellent cricket.
Happy to see @JadhavKedar stand up and deliver when given the opportunity and support @msdhoni, who once again played the role of the anchor beautifully! #INDvAUS pic.twitter.com/okwQPXFwsr

Now that is the performance of a champion. MS Dhoni is man of the series. Brilliant.

Many positives for India. The form of Dhoni, Chahal and Bhuvi, the ability of Jadhav and Karthik to play their role, Shami to seal a third seamer's spot. The top three remain matchwinners. India have gained much in Australia

Doesn't hit those massive sixes but rotates the strike well,knows his boundary areas that's the reason his strike rate is always close to 100. Top inning that by @JadhavKedar #AUSvSL

Super successful test series and India addressing all the concerns in the ODI side in style. Chahal and Kedar granbing their chances in style, Bhuvi back at his best, Shami impressive and most importantly Dhoni answering with the bat in style

Super Game of well done boys @BCCI more than the series result I think big big plus for India it's good to see @msdhoni s form going forward which is going to be very crucial.. sabash @JadhavKedar mza aa gya 2-1 great way to finish the tour

Wonderful calm, composed innings from Dhoni and Kedar Jadhav playing a very important hand. So India do the double, win the test and the one-day series as well. This has been a very fruitful Australia tour for Team India .

Another series win for team congratulations. with lots of work to do in all three formats

After drawing flak for playing out a slow inning of 51 from 96 balls in the first ODI, Dhoni turned the tides in the very next match as he partnered with captain Virat Kohli to bring India back in the series in Adelaide where they were chasing a stiff target of 299 runs. And in Melbourne, the former-captain played the sheet anchor role as he and Kedar Jadhav (61 not out) put together a match-winning partnership to chase down 230 runs which could have become tricky had India lost any more wickets in the middle-order. Dhoni for his stupendous knocks in all the three matches was adjudged Player of the series.

This was 70th ODI half-century. He also becomes the fourth Indian cricketer to score 1000 runs in ODIs in Australia after Sachin Tendulkar, Virat Kohli and Rohit Sharma.

Earlier, Yuzvendra Chahal took a five-for as he registered the joint-best bowling figures in ODIs equalling Ajit Agarkar's 6-42, to bundle out Australia for 230.

Peter Handscomb put up a fighting 58 while centurion from the previous match Shaun Marsh managed to get 39. Chahal was adjudged Player of the match.

Melbourne Cricket Ground Cricket
Get the latest updates on Fifa Worldcup 2022 and check out  Fifa World Cup Schedule, Stats and Live Cricket Score. Like us on Facebook or follow us on Twitter for more sports updates. You can also download the NDTV Cricket app for Android or iOS.