"The Only 10 Year Challenge We Should Worry About": Rohit Sharma Sends Out A Strong Message

Rohit Sharma showed his love and care for nature by taking the #10YearChallenge. 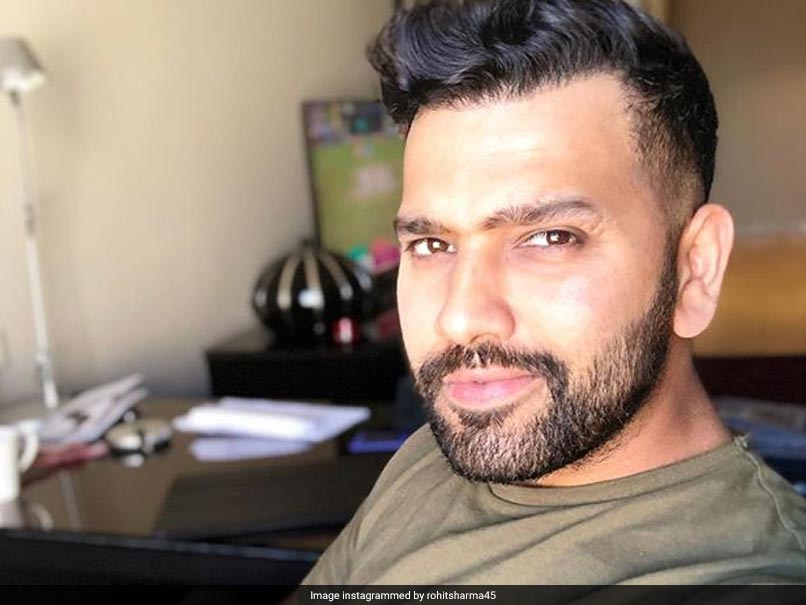 Rohit Sharma sent out a strong message through the #10 year challenge -- which is doing rounds on social media platform. However, Rohit Sharma, who is currently on national duty in Australia, differed from most people who took the challenge to post their own pictures. Team India's ODI deputy captain shared the condition of a coral reef now and then. In the 2009 picture, the coral reef looks beautiful with fishes and sea flowers seen in the underwater environment. While in the 2019 picture, the coral reef can be seen barren with no signs of aquatic life in it.

Rohit Sharma captioned the picture as, "The only #10YearChallenge we should be worried about."

The only #10YearChallenge we should be worried about pic.twitter.com/Tph0EZUbsR

The Mumbai-based Rohit Sharma, through the picture, showed his love for nature amidst the gruelling ongoing series against Australia.

He had earlier shared a picture from the ongoing Australian Open, enjoying spanish star Rafael Nadal's round of 64 clash.

Rohit had posted Instagram stories of Nadal coming out to play. In another story, the Spaniard could be seen taking a serve in the second round clash against Australia's Matthew Ebden.

The top-order batsman Rohit is currently playing the third and final ODI against Australia at the Melbourne Cricket Ground (MCG).

Rohit, who recently became father to a girl, looked in good touch throughout the series, notching up the scores of 133 and 43. However, his century in the first ODI came out in a losing cause.

India are currently level in the three-match series at 1-1.