Rohit Sharma blasted 133 off 129 balls to bring up his 22nd ODI century on Saturday. 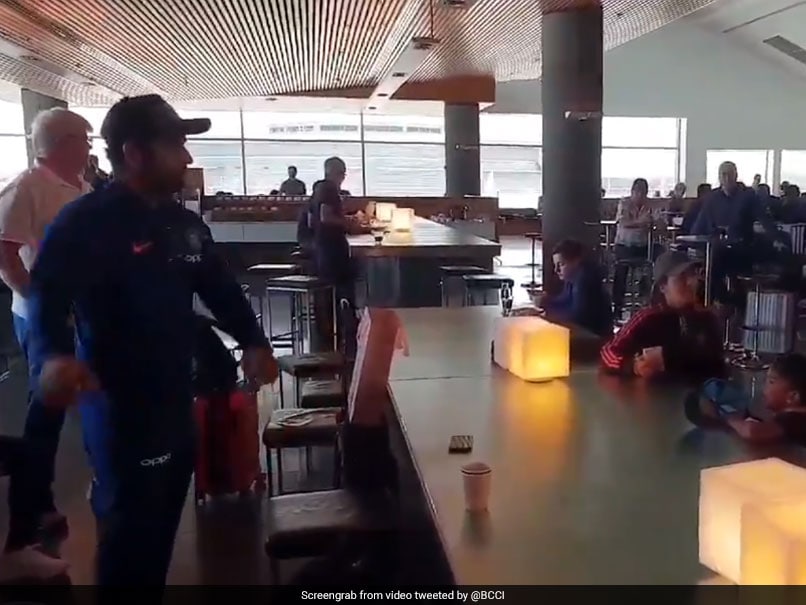 Rohit Sharma tried to learn the moves but gave up on his effort midway.© Screengrab: @bcci

Rohit Sharma and Shikhar Dhawan, the current Indian opening pair in limited overs, complement each other perfectly and have been prolific over the last few years. The duo, who are currently in Australia to play the three-match one-day international (ODI) series, shares a great rapport on and off the field. On Sunday, the Board of Control for Cricket in India (BCCI), shared an video on their official Twitter handle where Shikhar Dhawan's younger daughter can be seen teaching floss dance to Rohit Sharma. The hitman tried to learn the moves but gave up on his effort midway. Kedar Jadhav took up the challenge after Rohit's withdrawal as Dhawan's wife Aesha was also present at the scene.

Hitman learning the floss dance be like #TeamIndia pic.twitter.com/37lGysldJC

Chasing 289 to win, India lurched to a disastrous start, losing three wickets in the first six overs, from which they failed to recover.

Shikhar Dhawan was out on the sixth ball of the innings when he was leg before wicket for a first-ball duck to ODI debutant Jason Behrendorff.

Rohit blasted 133 off 129 balls to bring up his 22nd ODI century. He kept India in the contest with some prodigious hitting, blasting six sixes and 10 fours.

But his mighty knock came to an end when he skied Marcus Stoinis to Glenn Maxwell at deep mid-wicket to end India's remaining hopes.

Australia fended off the explosive century from Rohit to post a morale-boosting 34-run victory over India in the first ODI in Sydney to take a 1-0 lead in the series.

The second match in the three-match series will be played in Adelaide on Tuesday.

Shikhar Dhawan Australia vs India 2018/19 Cricket
Get the latest updates on ICC Women's Cricket World Cup 2022 and IPL 2022, check out the Schedule , Live Score and IPL Points Table. Like us on Facebook or follow us on Twitter for more sports updates. You can also download the NDTV Cricket app for Android or iOS.