Rohit Sharma scored 133 runs off 129 balls in the first ODI in Sydney. 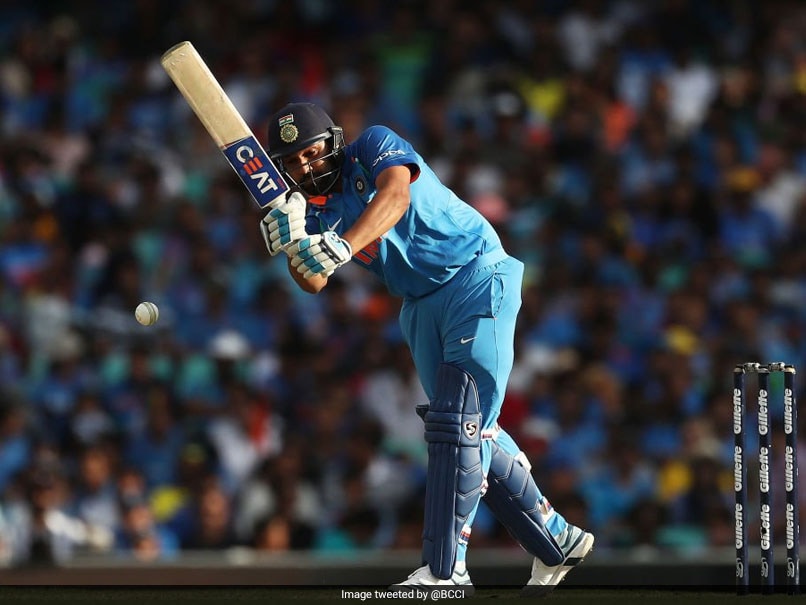 Rohit Sharma scored his 22nd One Day International hundred but India lost the first ODI by 34 runs at the Sydney Cricket Ground on Saturday. This is Rohit Sharma's fourth ODI century in Australia, highest by any batsman from across the globe. Earlier the Windies legend Viv Richards held this record with three centuries. India captain Virat Kohli, who lost his wicket for three on Saturday, has scored two ODI hundreds in Australia and is joint-third on the list along with eight other batsmen from all corners of the world.

After opting to bat, Australia rode on impressive fifties by Usman Khawaja, Shaun Marsh and Peter Handscomb to post 288/5 in their allotted 50 overs.

Chasing the competitive target of 289, vice-captain Rohit Sharma displayed tremendous grit and waged a lone battle for India as the rest of the batsmen kept departing soon after their arrival to the crease.

Wicketkeeper-batsman MS Dhoni, who missed the T20Is in Australia, started the ODI series on a bright note. He scored 51 runs off 96 balls, with the help of three boundaries and a six.

Apart from Rohit and Dhoni, no other batsman managed to survive for long at the crease and India lost four of their batsmen for a single-digit score.

Earlier, India managed a 1-1 draw in the three-match T20 International series and won their first-ever Test series Down Under in the long tour of Australia.

The three-match ODI series is a stepping stone for the Indian team ahead of the forthcoming ICC World Cup.

Rohit Sharma Australia vs India 2018/19 Cricket Australia vs India, 1st ODI
Get the latest updates on ICC T20 Worldcup 2022, check out the Schedule and Live Score. Like us on Facebook or follow us on Twitter for more sports updates. You can also download the NDTV Cricket app for Android or iOS.