India vs Australia: MS Dhoni Is Like A Guiding Light For Team India, Says Rohit Sharma

MS Dhoni will be a part of the Indian ODI team that takes on Australia in three matches. 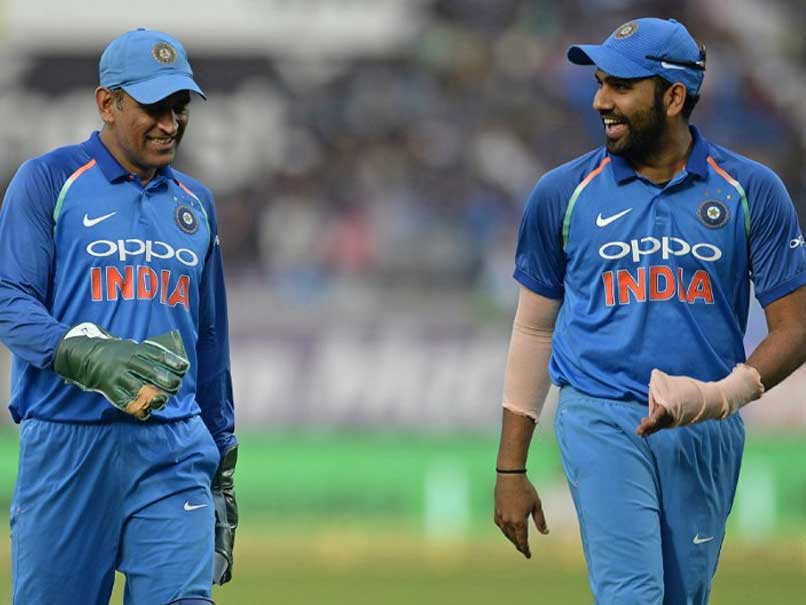 Rohit Sharma said MS Dhoni has it in him to continue being useful with the bat.© AFP

Mahendra Singh Dhoni has been struggling to get going with the bat in recent times but India vice-captain Rohit Sharma on Thursday backed the veteran wicket-keeper batsman, saying he will play a pivotal role in the World Cup, which starts on May 30 in England. MS Dhoni, Indian cricket's most decorated captain, has been playing the role of a mentor to skipper Virat Kohli since giving up the captaincy and Rohit is of the view that the 37-year-old's mere presence lends calmness to the team. "Over the years we have seen what sort of presence he (Dhoni) has in the dressing room and on the field. With him being around, there is a sense of calmness in the group, which is very important, and also a bit of help to the captain because he stands behind the stumps," Rohit said ahead of the first ODI against Australia on Saturday.

"He has captained India for so many years and been successful. So him being around with the team always is helpful. He is like a guiding light around the group," Rohit added.

Dhoni, who was axed from both the Twenty20 International (T20I) series against the Windies at home and in Australia, has been named in India's ODI squad for the three-match series against Australia and the limited-overs series in New Zealand.

Dhoni's last 50 came almost a year ago against Sri Lanka and since then it has been a lull but Rohit said the former captain has it in him to continue being useful with the bat.

"...batting down the order, getting us through the line, his finishing touch is very important and he has finished so many games for us. His calmness and advice, what he thinks about the game and what we should do right now is very important.

"His presence around the group is a massive factor for us," said the 31-year-old right handed batsman.

Dhoni's role as an ODI batsman has increasingly become debatable. In the recent past he has got the backing of the captain, coach and the chief selector.

His glove work has got better with time. But Dhoni the batsman has been missing.

It's almost certain that the 2019 World Cup will be the last hurrah for the best finisher of Indian cricket, but Dhoni would not want that to be primarily on reputation rather than overall form.

India will take on Australia in the first ODI of the three-match series on Saturday at the Sydney Cricket Ground.

Rohit Sharma Australia vs India 2018/19 Cricket Australia vs India, 1st ODI
Get the latest updates on ICC T20 Worldcup 2022, check out the Schedule and Live Score. Like us on Facebook or follow us on Twitter for more sports updates. You can also download the NDTV Cricket app for Android or iOS.