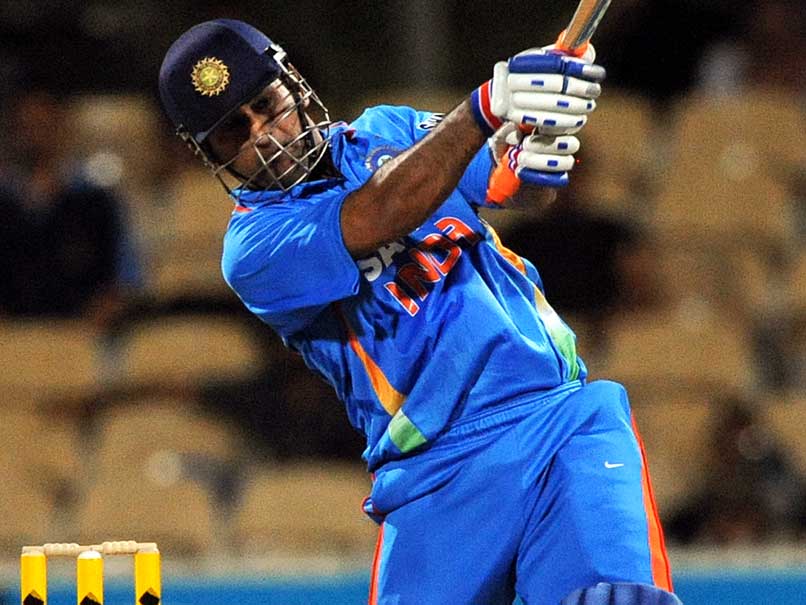 MS Dhoni's cool and calm demeanour is not the only thing adored by the cricket fraternity.© AFP

MS Dhoni's cool and calm demeanour is not the only thing adored by the cricket fraternity. They swear by his signature helicopter shot as well. Ahead of India's ODI series against Australia, the hosts' swashbuckling batsman Glenn Maxwell tried to imitate MS Dhoni's helicopter shot. In a video posted by Direct Hit on their official Twitter account, Maxwell recalls dropping Dhoni's catch in one of the matches. He also said the former Indian skipper dispatched the very next delivery from James Faulkner for a six.

Maxwell then tried to imitate the shot in the video. Watch it for yourself:

Maxwell, who will be one of the key all-rounders for the hosts in the upcoming ODI series against India, has represented Australia 87 times in this format.

It is not the first time a cricketer has tried to imitate Dhoni's signature shot. Afghanistan's star cricketer Rashid Khan has played the shot twice during the ongoing edition of the Big Bash League (BBL).

Dhoni was included in Indian's ODI squad that will feature against Australia. The visitors will play three-match in the series, starting on Saturday in Sydney.