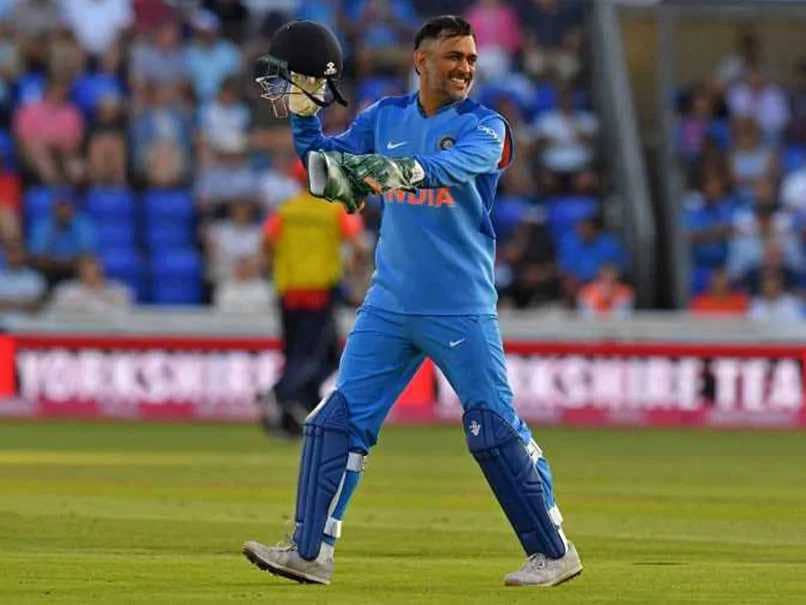 MS Dhoni gave up the limited-overs captaincy in January 2017.© AFP

MS Dhoni has been one of the most successful captain for the Indian cricket team. Apart from winning multiple prestigious ICC tournaments during his time as a captain, MS Dhoni has also successfully guided the current crop of the Indian cricketers to a few significant achievements. The current Indian skipper Virat Kohli has also on numerous occasions hailed Dhoni for his mentoring abilities. In a popular TV show, KL Rahul and Hardik Pandya regarded Dhoni as the "better captain." For the top-order batsman Rahul, Dhoni's achievement made him better while Hardik said so because he had made his limited-overs debut under him.

When the host of the show Karan Johar asked the duo about the better captain, Hardik Pandya said, "MS Dhoni because I made my debut and it was fantastic".

Opener KL Rahul, who is currently on the tour of Australia also said, "In terms of achievement, yes MS Dhoni".

Kohli, who is one of the most passionate and determined cricketer of his generation, led the Indian team to take an unassailable 2-1 lead in the ongoing four-match Test series Down Under.

When Karan asked Rahul who should go for a therapy, he responded by saying Kohli needs to calm down and he has never been on a holiday mode.

"I think Virat. He needs to calm down. I keep telling him, he's just, he has never had a holiday mode. He's always like 'work, work, work'," Rahul added.

Rahul also termed Kohli as the best prankster and the most romantic person in the dressing room.

Both KL Rahul and Hardik Pandya have been included in the three-match One-day International (ODI) series against Australia, scheduled to start from January 12.