MS Dhoni also said that it is important for people to not get too critical of T20 cricket. 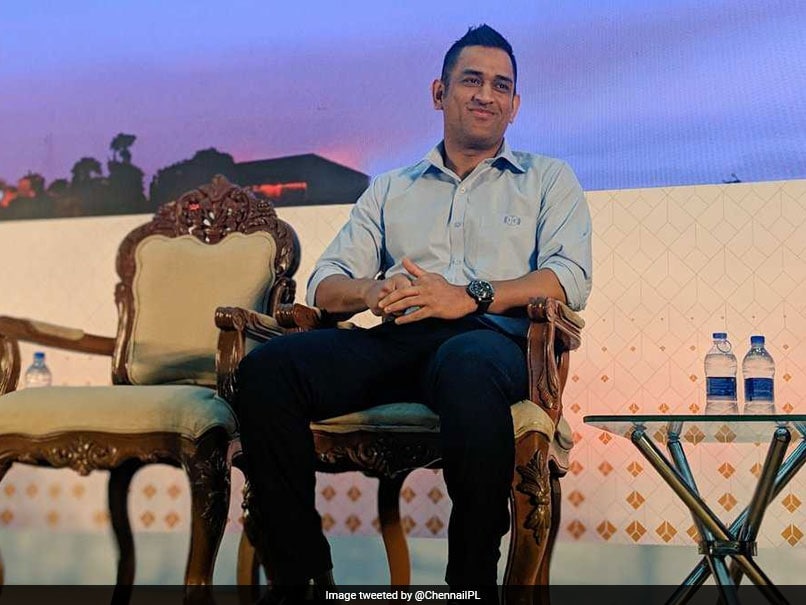 MS Dhoni had retired from Test cricket back in 2014.© ChennaiIPL/Twitter

Former India captain Mahendra Singh Dhoni, who is slated to return to international cricket during the Australia ODIs in January 2019, on Friday urged everyone to refrain from "criticising individual preferences" with regards to a number of India internationals who have decided to skip this year's Ranji Trophy. Players such as Yuzvendra Chahal and Shikhar Dhawan decided to give Ranji Trophy a miss while someone like Ambati Rayudu, who plays for India in only one format, decided to retire from first-class cricket. While Dhoni has retired from the longer format in 2014, Sunil Gavaskar recently had suggested that he should play a bit of first-class cricket in order to remain match-fit.

"It is important to safeguard players. We have to make the domestic circuit slightly less challenging (he was referring to itinerary) for the individual. Moreover, it is important to be not too critical of T20 cricket and also individual preferences. Individual preferences should not be criticised," Dhoni said during the launch of former BCCI president and India Cements top boss N Srinivasan's coffee table book.

Dhoni seemed pretty satisfied with how the Indian team across formats has shaped and attributed the success in Australia to the quality bowling unit at their disposal. "I am very happy with the way our cricket is going. See... the fast bowlers how they are bowling in the Test arena. To win a Test match, we need 20 wickets whether it is spinners or the fast bowlers. As of now, we have a bowling attack that is taking 20 Test wickets every match, which means we have the chance of winning every Test match that we play," the two-time World Cup winning captain said.

While Dhoni said it was important to keep the bowlers injury-free, another former skipper Rahul Dravid said that with the squad more or less picking itself, it is all about fine-tuning from now on.
"We have to play the World Cup like it is a bilateral series. We have played well in white ball cricket in recent years. It will also be more about keeping the bowlers injury-free," Dravid said.

Anil Kumble on the other hand felt thatit won't be a bad idea to rest India players, especially the bowlers during the seven-week Indian Premier League.

"It is important to keep the bowlers fresh. Batsmen get a lot of opportunities in the IPL. Resting a few of the top players for a few of the IPL games would be (a) good (idea) but the franchises may not do that," Kumble said.

Chennai Super Kings IPL 2019
Get the latest updates on ICC Women's Cricket World Cup 2022 and IPL 2022, check out the Schedule , Live Score and IPL Points Table. Like us on Facebook or follow us on Twitter for more sports updates. You can also download the NDTV Cricket app for Android or iOS.