MS Dhoni has a huge fan following all around the world. 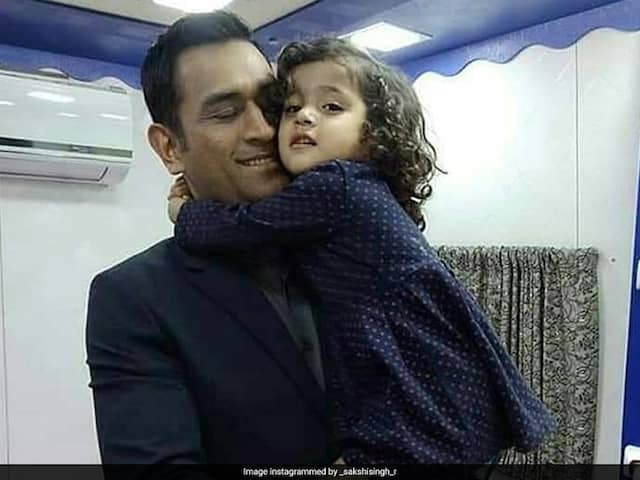 MS Dhoni, former Indian captain, has interacted with fans of different age groups whenever he gets an opportunity off the field. In a video which went viral on social media, the 37-year-old MS Dhoni was seen interacting with a young fan. The 2011 World Cup winning captain, who is not a part of the national team for the ongoing series against Australia, told the kid that he stays in the bus and doesn't have a house to live. However, the Ranchi-based Dhoni later went on to say that he stays very far in a playful manner.

Not only in India, Dhoni gathers huge fan following all over the world. In the previous editions of the IPL, one of the Dhoni fan had painted his body with yellow colour to pay tribute to the CSK skipper.

Recently in another surprising move, a fan in Los Angeles got a "MS Dhoni" number plate on his car.

Chennai Super Kings were left amazed with the fan's move and tweeted, "Aaah, so the legendary Soppanasundhari is now in LA!"

Dhoni will continue leading Chennai in the forthcoming edition of the lucrative T20 league.

Chennai had earlier roped in Mohit Sharma and RutuRaj Gaikwad from the IPL 2019 auctions.

Haryana-based medium-pacer Mohit was bought for Rs 5 crore while Gaikwad was was lapped up for Rs 20 lakh.