MS Dhoni is spending some quality family time as he is not part of the Indian squad. 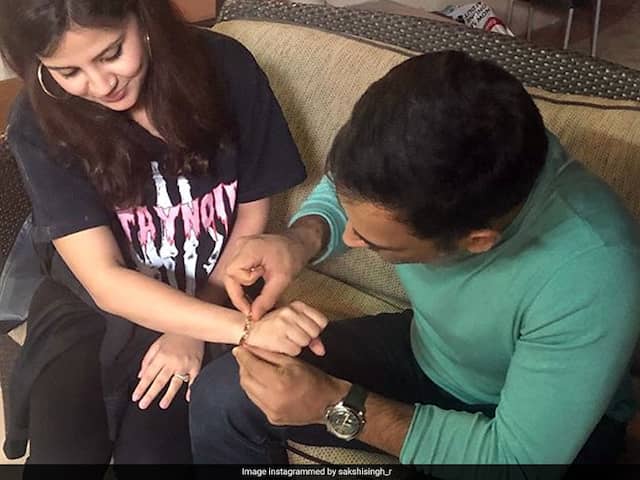 MS Dhoni is utilising his free time off the cricket field well with his family. India's World Cup-winning captain was on Sunday seen helping his wife Sakshi Dhoni tie her shoes and a wristband that MS Dhoni had "paid" for. "You paid for the shoes so you tie them too," Sakshi said in an Instagram post, along with Dhoni's picture bucking the footwear.

Dhoni's shoe tying photograph was followed by another picture, in which the wicketkeeper batsman is seen tying a band on the wrist of Sakshi. "You paid for the band so you screw it too," she captioned the picture.

You paid for the band so you screw it too #Round2 Photo credits @k.a.b.b.s

Both the photos went viral in no time and the fans came up with loving wishes for the power couple. Meanwhile, wives and girlfriends of cricketers joined the fans with their warm compliments for Dhoni and Sakshi. 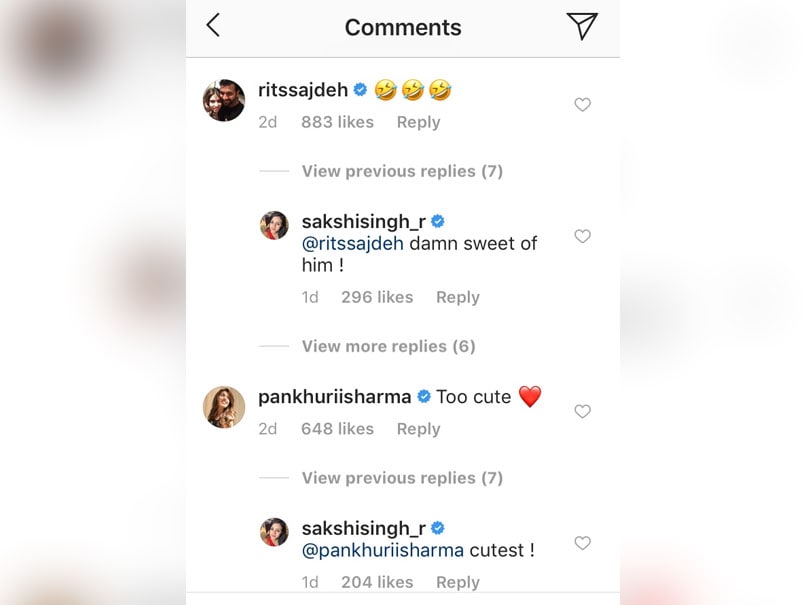 Dhoni was not a part of the T20 International team that played against the Windies at home and Australia Down Under. Rohit Sharma led India to a 3-0 clean sweep against the Windies, following which Virat Kohli-led Indian team secured a 1-1 draw against Australia in the three-match T20I series.

Dhoni may make a comeback to the Indian team in the ODI series against Australia, to be played from January 12 to 18.

MS Dhoni Sakshi Dhoni Cricket
Get the latest Cricket news, check out the India cricket schedule, Cricket live score . Like us on Facebook or follow us on Twitter for more sports updates. You can also download the NDTV Cricket app for Android or iOS.