The Pink Test is played to raise money for the Jane McGrath Foundation, dedicated to the late wife of former Australian fast bowler Glenn McGrath. 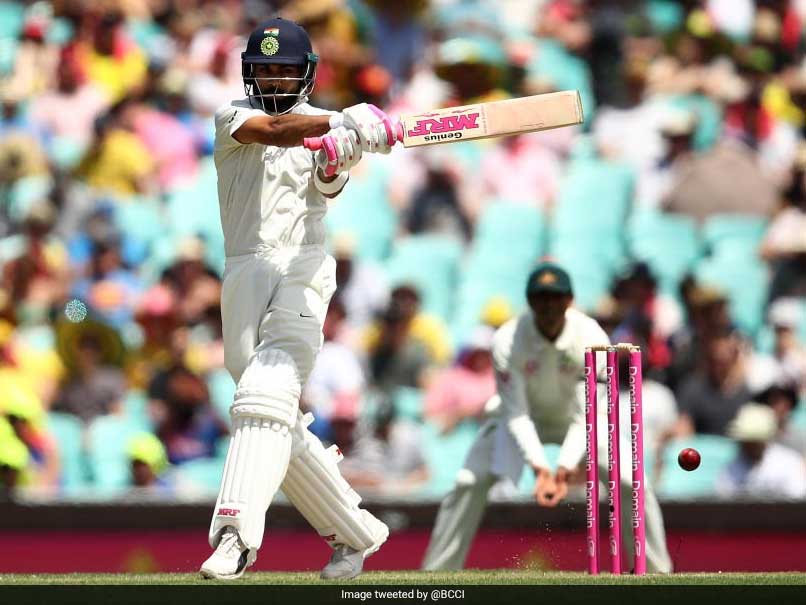 Virat Kohli was dismissed for 23 in the first innings of the Pink Test.© Twitter

Virat Kohli has never shied away from showing his support for various social causes. The Indian skipper, in a heart-warming gesture, extended his support to the 'Pink Test' donning pink on his gloves, pads and shoes, while wielding a specially-made bat with pink stickers on Day One of the fourth Test at the Sydney Cricket Ground (SCG) on Thursday. Over the years, Sydney's Test match has grown to be much more than a sporting event with a sea of pink expected around the ground on the third day to raise money for Jane McGrath Foundation.

The charity, dedicated to the late wife of cricket legend Glenn McGrath, supports the placement of breast care nurses across Australia. Cricket fans are encouraged to "wear pink and donate generously" according to the SCG website.

Glenn McGrath's wife Jane's battle with breast and bone cancer led to the formation of the McGrath Foundation. Jane died in 2008, aged 42.

The first time the SCG hosted a 'Pink Test' was way back in 2009 when Australia played South Africa.

The ongoing match between India and Australia is the 11th Pink Test. This is the third time the teams are meeting in the 'Pink Test' with Australia winning one. Other one ended in a draw.

As far as the match is concerned, Kohli won the toss and opted to bat. After losing opener KL Rahul early, Mayank Agarwal (77) and Cheteshwar Pujara posted a century for the second wicket.

Kohli fell on 23 but Pujara went on to score the 18th Test century of his career as India accumulated 303/4 on Day One.

India lead the four-match series 2-1 and are on the cusp of winning their first ever Test series Down Under.

Sydney Cricket Ground (SCG), Sydney Australia vs India 2018/19 Cricket Australia vs India, 4th Test
Get the latest updates on ICC T20 Worldcup 2022 and CWG 2022 check out the Schedule, Live Score and Medals Tally. Like us on Facebook or follow us on Twitter for more sports updates. You can also download the NDTV Cricket app for Android or iOS.