India vs Australia: Cheteshwar Pujara Scores Third Century Of The Series, 18th Of His Test Career

This is the first time Cheteshwar Pujara has scored more than one century in an overseas Test series. 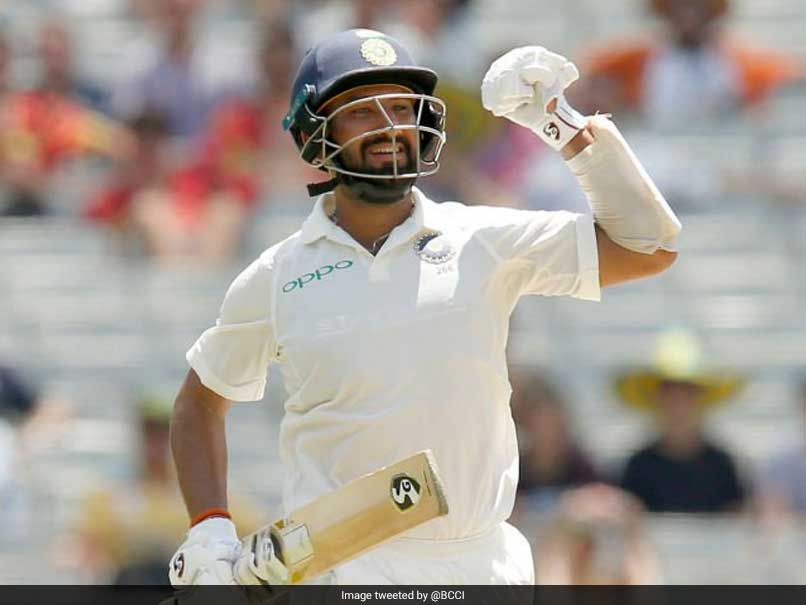 Cheteshwar Pujara brought up his third century of the series with a four off Mitchell Starc on day one of the fourth Test against Australia at the Sydney Cricket Ground on Thursday. The landmark is Pujara's 18th century in his 68th Test and follows a stellar 123 in the first Test in Adelaide and 106 in the third Test at Melbourne. It was another innings of patience and concentration, with the 30-year-old reaching three figures in 199 balls with 13 fours. With 428 runs under his belt so far, Pujara is the highest-run scorer of the ongoing four-match series.

The century in Sydney is also Pujara's fifth in Tests against Australia. This is also the first time Pujara has scored more than one century in an overseas Test series.

With this century, Pujara has surpassed former India batsman VVS Laxman, who has 17 Test centuries to his name.

Pujara, who celebrated his century with a fist pump, also joined an elite list of Indian batsmen to have played more than 1000 balls in a Test series against Australia on their home soil.

India's number three has been by far the best batsman from either side across the series against Australia.

Pujara came early to the crease when opener KL Rahul was out for nine.

He survived a review decision for caught behind on 12 but was otherwise unmovable.

The experienced right-hander, who does not play much white ball cricket, has always credited the extra time he gets to prepare for Tests as key to his performances.

Sydney Cricket Ground (SCG), Sydney Australia vs India 2018/19 Cricket Australia vs India, 4th Test
Get the latest updates on ICC Women's Cricket World Cup 2022 and IPL 2022, check out the Schedule , Live Score and IPL Points Table. Like us on Facebook or follow us on Twitter for more sports updates. You can also download the NDTV Cricket app for Android or iOS.