India vs Australia: Virat Kohli Says Sydney Win Will Be A Great Achievement But Not Chasing History

Virat Kohli is on the threshold of becoming the first Indian captain to win a Test series in Australia. 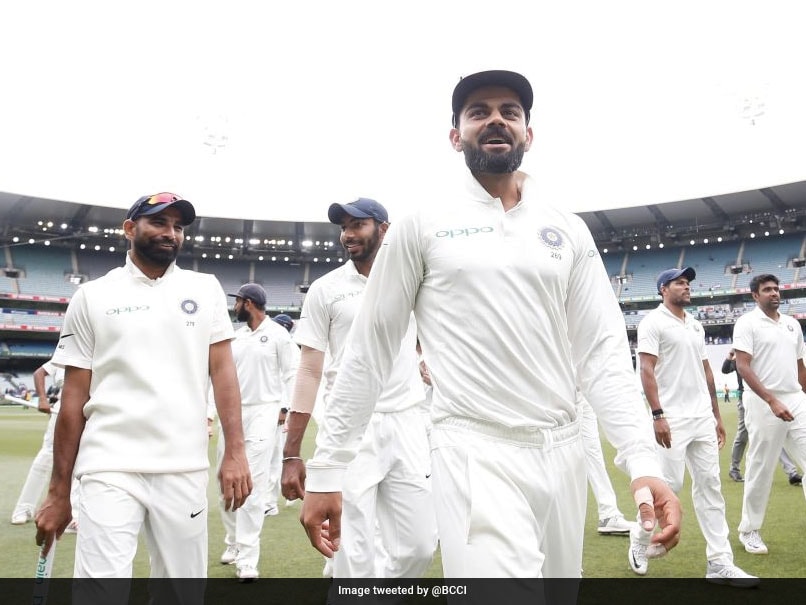 Virat Kohli's Team India are the top-ranked Test side in the world.© Twitter BCCI

Virat Kohli's Team India is one win away from claiming its first Test series ever in Australia. However, the Indian captain insisted that his team will not be thinking about re-writing history when they take on Australia in the fourth and final Test at the Sydney Cricket Ground (SCG), starting Thursday. The 30-year-old added that winning a maiden Test series in Australia at the SCG would "definitely be big" because that's where the transition started for the team under his captaincy. "It will be a big series win if it happens because this is the place where we started our transition - this venue," Kohli said at the pre-match press conference in Sydney ahead of the final Test.

It was at the SCG three years ago, in 2015, that Kohli took over the reins of the team full time after MS Dhoni announced his shock retirement from Test cricket.

"When MS gave up captaincy, we had a totally young side starting with (the team at) No.6 or 7 in the world. And (now) we come back here as the No.1 side in the world. We want to be able to take that legacy forward and play the kind of cricket we have played in this series, which has been exciting for people to watch as well as for both teams competing," Kohli added.

After three years of determination and hard work, India are the top-ranked side in the world and on the cusp of winning their first Test series on Australian soil.

The visitors are leading the four-match series 2-1 after winning in Adelaide and Melbourne and another win in Sydney, or even a draw, will help them achieve what no other Indian team has done.

Yet, it isn't about chasing history, Kohli insisted.

"If you ask me very honestly, no," he said when asked if the possibility of being the first to win a Test series in Australia is playing on the team's mind.

"The reason why we want to win this Test is because we understand as cricketers how difficult it is to come here and play. It's not only the team you're playing against, it's the whole nation - they get behind their team so well.

"And when you walk in to bat you feel like 40,000 people want your wicket and not just the 11 guys on the field. So to take that challenge on, we want to win here. It's got nothing to do with proving we have done something which hasn't been done in the past. The motivation has never been to change history."

Virat Kohli Australia vs India 2018/19 Cricket Australia vs India, 4th Test
Get the latest updates on ICC T20 Worldcup 2022 and CWG 2022 check out the Schedule, Live Score and Medals Tally. Like us on Facebook or follow us on Twitter for more sports updates. You can also download the NDTV Cricket app for Android or iOS.