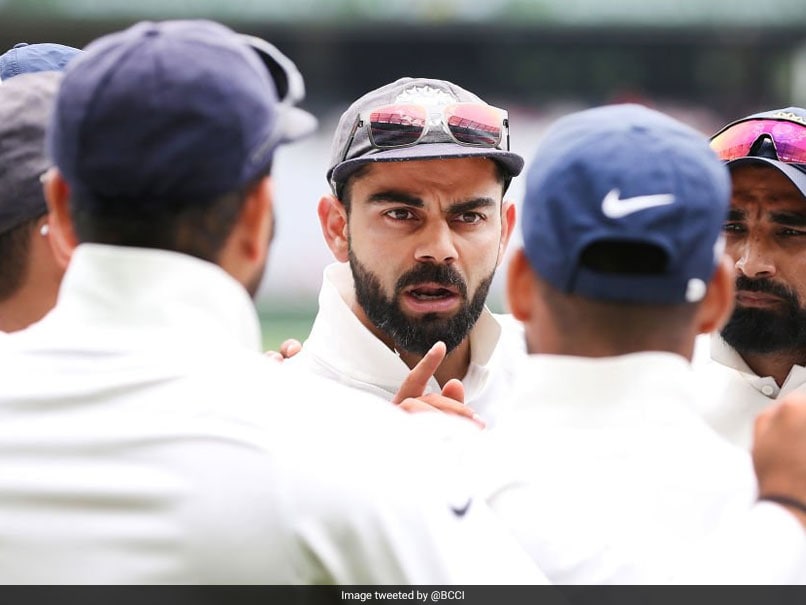 Virat Kohli had said that R Ashwin was "very disappointed" to miss the final Test.© AFP

Veteran India spinner Ravichandran Ashwin remains a doubt as the Board Of Control For Cricket In India (BCCI) announced the 13-man squad for the fourth and final Test against Australia that will be played at the Sydney Cricket Ground (SCG) starting Thursday. However, the Indian board stated that the call on Ashwin's availability will be taken on the morning of the Test. Ashwin, who suffered an abdominal strain on the fourth day of the opening Test in Adelaide, trained on Tuesday but has not recovered in time and is likely to miss his third Test in a row.

A decision on R Ashwin's availability will be taken on the morning of the Test #AUSvIND pic.twitter.com/4Lji2FExU8

Earlier on Wednesday, skipper Virat Kohli, while addressing the media had said that the offspinner was "very disappointed" to miss the final match of the series.

But barely an hour later, Ashwin's name was on the squad list tweeted by the BCCI.

"A decision on R Ashwin's availability will be taken on the morning of the Test," it said ahead of what is expected to be turning wicket at the Sydney Cricket Ground.

Wrist-spinner Kuldeep Yadav was also named and could play alongside finger-spinner Ravindra Jadeja if Ashwin is not fit and India opt for two slow bowlers.

Middle-order batsman Rohit Sharma, who hit a gritty 63 in the first innings at Melbourne, is not available after jetting back to Mumbai to be with his wife who recently gave birth.

India, who lead 2-1 in the four-match series, are eyeing a first-ever Test series triumph Down Under.

Ravichandran Ashwin Australia vs India 2018/19 Cricket Australia vs India, 4th Test
Get the latest updates on ICC Women's Cricket World Cup 2022 and IPL 2022, check out the Schedule , Live Score and IPL Points Table. Like us on Facebook or follow us on Twitter for more sports updates. You can also download the NDTV Cricket app for Android or iOS.