Cheteshwar Pujara said that it is always challenging playing abroad as a batsman. 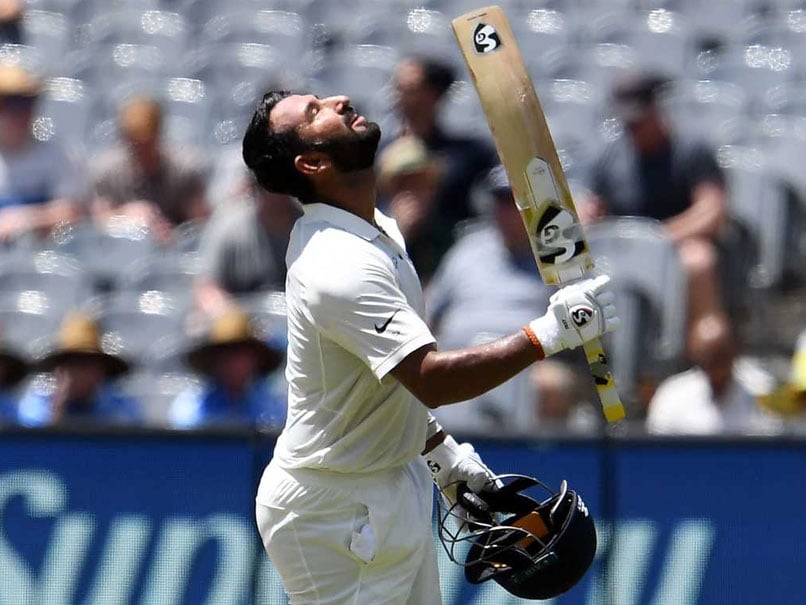 Cheteshwar Pujara was in the limelight for scoring his 17th Test century during the ongoing Melbourne Test against Australia. Cheteshwar Pujara's ton on Thursday was his second of the four-match Test series and that certainly has silenced the Saurashtra batsman's critics, some of whom earlier this year wanted him dropped from the Indian Test side. But all that criticism isn't getting into Pujara's head. At the press conference at the end of Day Two, he made it clear that he doesn't play international cricket to silence his critics.

"Well, when I play international cricket, I don't play to silence anyone, I just need to keep scoring runs and that is what I love to do. I don't want to get into all such things,” Pujara said.

“My job is to score runs and I'll keep doing that, whether its home or away. Sometimes you get criticised and you just have to accept it. But if India keep winning, ultimately everyone is happy.

So is Pujara relieved that he hasadded two away centuries to his repository of milestones? "Well, can't say I am relieved because I always knew I can score runs. It is always good to get those hundreds. It was a perception that I always score runs at home. But India play a lot of Test matches at home, I have always said that. Sometimes, things become really difficult, especially when you are on an overseas tour. It's not easy to score runs.

“Yes, as a batsman it is always challenging when you are playing abroad," he said.

Virat Kohli Australia vs India 2018/19 Cricket Australia vs India, 3rd Test
Get the latest updates on ICC T20 Worldcup 2022, check out the Schedule and Live Score. Like us on Facebook or follow us on Twitter for more sports updates. You can also download the NDTV Cricket app for Android or iOS.