Jason Holder claimed his fifth five-wicket haul in the second Test against India. 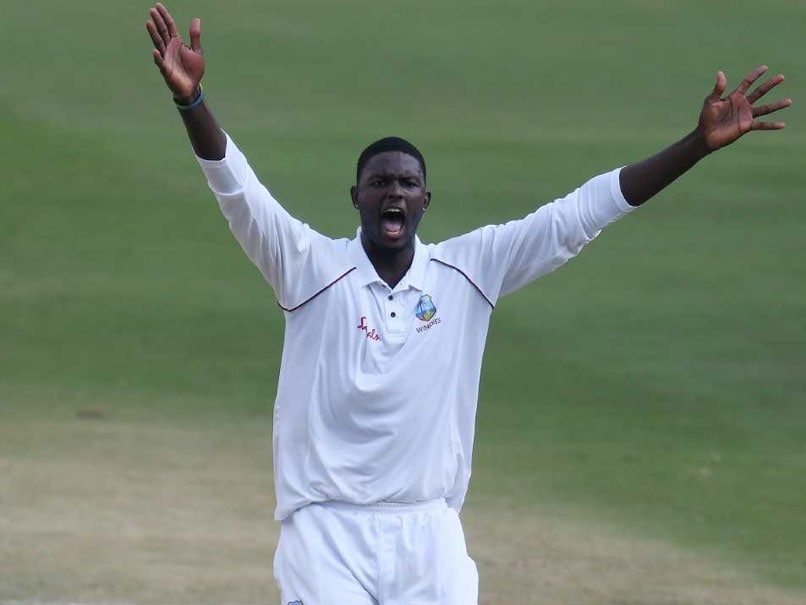 Jason Holder said that he is looking to hone his fast bowling skills.© AFP

West Indies captain Jason Holder said Sunday that he is looking to hone his fast bowling skills by taking inspiration from pace legends Glenn McGrath and James Anderson. Holder claimed his fifth five-wicket haul in the second Test against India but his effort was not enough as the tourists suffered a 2-0 series whitewash. Holder, who missed the first Test in Rajkot, returned figures of 5-56 in India's first innings after hitting a gritty 52 in his team's first essay in Hyderabad.

But Holder, standing six feet and 7 inches tall, believes he has room to improve as a bowler, and that following Australia's McGrath and Anderson of England is the way forward.

"Funnily enough, I have been watching lots of clips.. People like Glenn McGrath and even James Anderson. And these guys have got lot of skill in terms of moving the ball both ways," said Holder, who has captained West Indies in 27 of his 35 Tests.

"The one thing that's common with both of them is the amount of pressure that they build," Holder said of the two cricket icons.

The 36-year-old Anderson recently became the leading fast bowler in Test history by picking up his 564th scalp during the India series.

He moved past Australia's pace ace McGrath who retired in 2007 with 563 wickets from 124 Tests.

At 26, Holder has only just begun in comparison with the game veterans. He has 86 wickets to his name since making his five-day debut in 2014.

"You just got to understand the conditions. Field placing comes in a lot, something that I have to work personally as a player and trying to know my strengths and weaknesses," he said after his team's 10-wicket loss to India.

Jason Holder Cricket
Get the latest updates on India vs South Africa and check out  Schedule, Results and Live Score. Like us on Facebook or follow us on Twitter for more sports updates. You can also download the NDTV Cricket app for Android or iOS.