Barring two One-Day Internationals, the Caribbean side was easily crushed by the hosts, who won the Test, the ODI and the Twenty20 series with ease. 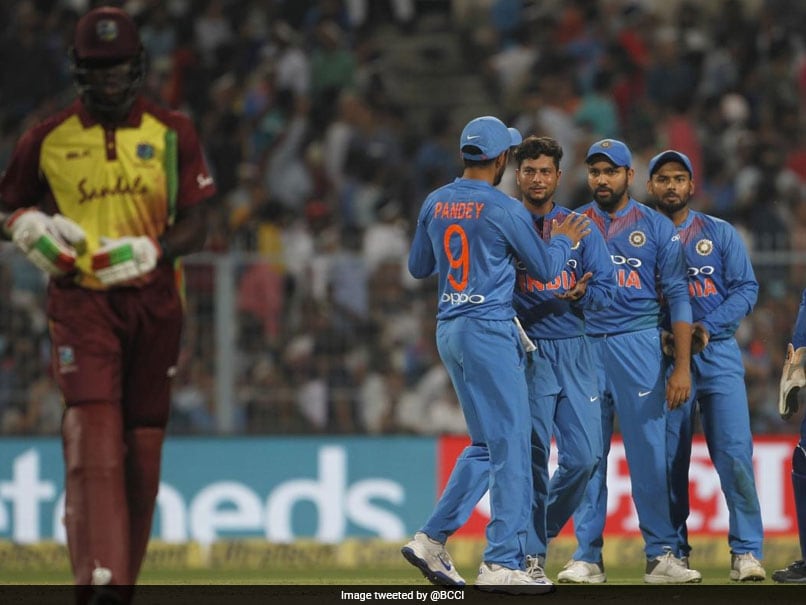 Stand-in skipper Rohit Sharma's Team India completely outplayed the Windies in the first two Twenty20 Internationals (T20I) of the three-match series to take an unassailable 2-0 lead on Tuesday. Disappointed by the visitors' performance in the shortest format of the game, Denesh Ramdin expressed that the excellence of India's chinaman bowler Kuldeep Yadav led to the Windies' downfall in the series. Barring two One-Day International (ODIs), the Caribbean side was easily crushed by the hosts, who won the Test, the ODI and the Twenty20 series with ease. "Guys haven't been able to pick him, and basically he has been one of the threats in the middle overs and unfortunately we couldn't push on," Ramdin said.

"It's difficult to build a team given the current scenario. When you look at our T20 players they are in demand all over the world, so yes, we are suffering in that aspect. Our senior players did not turn up for the tour, and that's one of the reasons why we are 2-0 down in this series," Ramdin said ahead of the third and final T20.

"It's all about having food on the table. The players are good enough to be taken by a team in another part of the world, then I can't stop a player who's out there to improve.

"We played our first game at Eden Gardens, where we were expecting to do well. But we didn't adapt as well as we should. We didn't string any partnerships either. T20 banks on momentum and partnerships, and we couldn't do that," he said.

"But Hope and Hetmyer have had success, to transfer themselves from 50-over mindset to T20 cricket. They have tried their best, and one needs 10-12 balls to get a start, but they haven't capitalised. A lot of T20 cricket is about momentum and we haven't been able to build on it," he added.

Ramdin said the spinners will play a key role in tomorrow's match.

"There's a system in place. The wickets in WI are similar to India, slow and turning. On this wicket, with the square boundaries a bit bigger, it's important our spinners bowl better tomorrow. On this wicket, it is very important that we bowl the right lengths."

Talking about lack of top-class fast bowlers from West Indies, which has produced some legendary players such as Courtney Walsh, Curtly Ambrose, Ramdin said there were "some good pacemen coming through".

"But they lack in experience because our first-class series is so short. Some guys get injured and some get thrown into the big stage. But our first-class level and international level has a big gap. They still need to get up there in terms of fitness and accuracy."

"I would like to use the Indian Premier League as an example. Indian cricket is so strong in all formats because of the IPL, since young players come through the system. So in five years, hopefully, our cricket can take off to that next level, because we have some exciting T20 and 50-overs cricketers," he signed off.

Denesh Ramdin India vs West Indies 2018 Cricket India vs West Indies, 3rd T20I
Get the latest updates on IPL Auction 2023 and check out  IPL 2023 and Live Cricket Score. Like us on Facebook or follow us on Twitter for more sports updates. You can also download the NDTV Cricket app for Android or iOS.