Rohit Sharma 69 Runs Away From Achieving Stunning Feat In T20Is 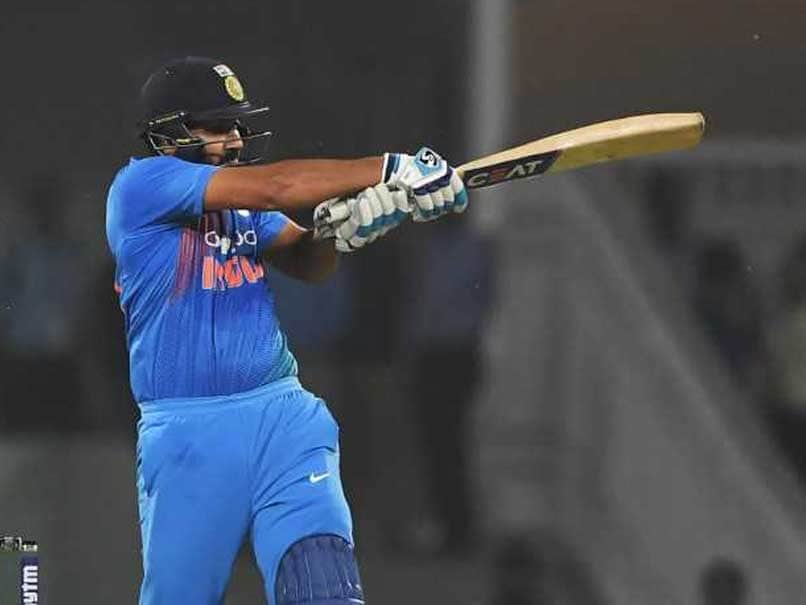 India opener Rohit Sharma recently became the only batsman to score four Twenty20 International (T20I) centuries and is on the verge of becoming the leading run-scorer in the shortest format of the game. Rohit Sharma (2,203), who is captaining India in the three-match T20I series against the Windies in the absence of regular captain Virat Kohli, is just 69 runs away from leapfrogging Martin Guptill (2,271) of New Zealand to achieve the milestone. During India's last T20I match against the Windies, Rohit Sharma overtook Virat Kohli (2,102) as India's leading run-getter in T20Is.

Pakistan's Shoaib Malik is third on the list with 2,190 runs under his belt from 108 matches. Malik is trailed by New Zealand's Brendon McCullum, who has 2,140 runs from 71 matches.

In the 2nd T20I, Rohit and Shikhar Dhawan had strung together a massive 123-run partnership to put the hosts in command. In doing so, they became the most successful pair in terms of partnership runs - 1,268 runs in 39 innings.

The second on the list is the Australian pair of David Warner and Shane Watson, who have scored 1,154 in 37 innings.

Rohit had recently become the second-highest run scorer in 2018 during the fifth and final One-day International (ODI) against the Windies.

In the recently-concluded five-match ODI series that India won 3-1, Rohit scored a total of 389 runs, including two centuries and one half-centuries.

The final T20I match between India and the Windies will be held at the MA Chidambaram Stadium in Chennai on Sunday.

Rohit Sharma India vs West Indies 2018 Cricket India vs West Indies, 3rd T20I
Get the latest updates on IPL Auction 2023 and check out  IPL 2023 and Live Cricket Score. Like us on Facebook or follow us on Twitter for more sports updates. You can also download the NDTV Cricket app for Android or iOS.