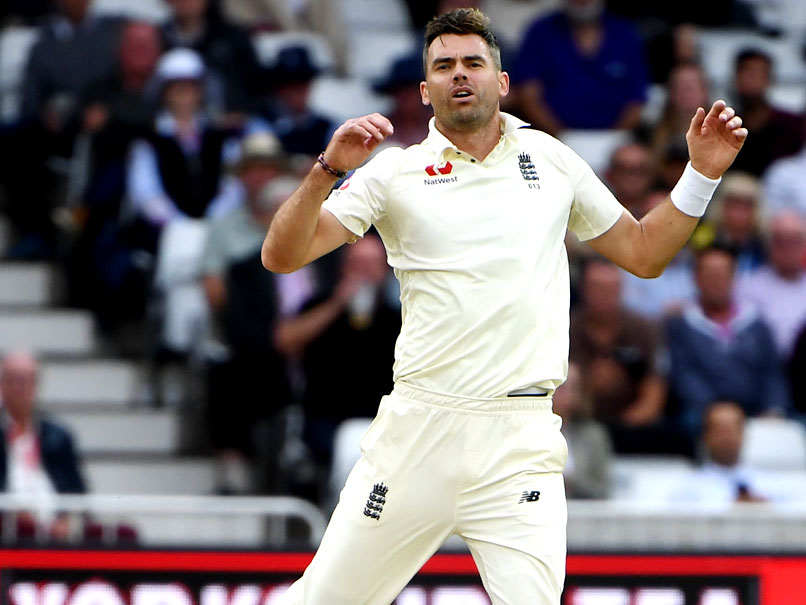 James Anderson made his Test debut in 2003.© AFP

Australian bowling legend Glenn McGrath on Monday paid the ultimate compliment to English pacer James Anderson. Glenn McGrath said James Anderson will not be caught once the England cricketer becomes the most prolific fast bowler in Test history. McGrath is the current record-holder of the all-time pacers' list of Test wicket-takers. Anderson has 557 wickets, just six fewer than the retired McGrath ahead of the fourth Test against India, which starts on Thursday. McGrath, who played his last Test in 2007, expects Anderson to surpass his record and that it will then stand the test of time.

"Jimmy Anderson deserves everything he gets, and even though he is an Englishman I will be delighted for him when he goes past my record and becomes the most prolific fast bowler in Test history," he wrote in Britain's Daily Mail newspaper.

"I have an awful lot of respect for Jimmy. Good luck to him. I believe once he goes past me he will never be beaten. Records are nice and I've been very proud to have taken more wickets than any fast bowler in Test history, but any high is there to be beaten and I will be equally proud of Jimmy when he goes past me because the fast bowlers' union has to stick together, whichever country we come from," he said.

Anderson, 36, made his Test debut in 2003 and has played 141 Tests for England. Spin bowlers occupy the first, second and third places on the overall list of Test wicket-takers -- Sri Lankan off-spinner Muttiah Muralitharan took 800 wickets, ahead of Australia's Shane Warne (708) and India's Anil Kumble (619). McGrath is currently in the fourth position.

James Anderson Glenn McGrath Cricket
Get the latest updates on India vs South Africa and check out  Schedule, Results and Live Score. Like us on Facebook or follow us on Twitter for more sports updates. You can also download the NDTV Cricket app for Android or iOS.