England star seamer James Anderson claimed match figures of 9 for 43 to help England thrash India by an inning and 159 runs in the second Test at Lord's. 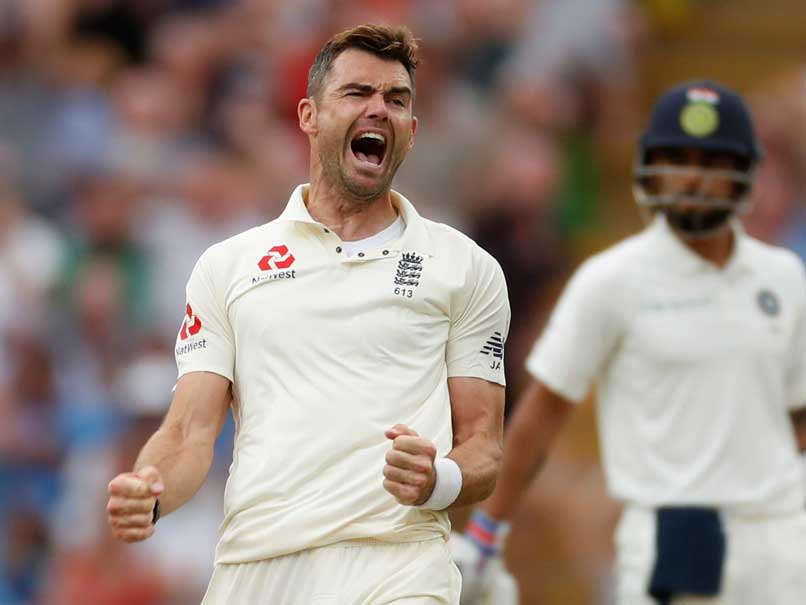 James Anderson claimed match figures of 9 for 43 in second Test at Lord's.© AFP

England star seamer James Anderson claimed match figures of 9 for 43 to help England thrash India by an inning and 159 runs in the second Test at Lord's. Hailing Anderson's spectacular show, England coach Trevor Bayliss said the star pacer is the 'very, very best' and could play Test cricket until he is 40. "He's not just good when the conditions suit him, but in these conditions he's the best in the world," Bayliss said.

Anderson now has 553 Test scalps to his name and is just ten shy of Australia legend Glenn McGrath's record tally for a fast bowler. McGrath has 563 wickets in 124 Tests to his name.

"As long as he keeps his body fit, there's no reason why he can't go on for three or four years," the England coach said.

Anderson registered his 26th Test five-wicket haul in Tests on the Day 2 of the Lord's Test. He also claimed his 100th wicket at the "Mecca f Cricket".

With a 2-0 lead in the four-match series, England now will take on India in the third Test at Trent Bridge, starting August 18.

England have named an unchanged squad for the third Test.

James Anderson England vs India, 2018 Cricket
Get the latest updates on Fifa Worldcup 2022 and check out  Fifa World Cup Schedule, Stats and Live Cricket Score. Like us on Facebook or follow us on Twitter for more sports updates. You can also download the NDTV Cricket app for Android or iOS.