Rishabh Pant scored a brilliant century in the final Test and his scintillating knock helped him enter the record books. 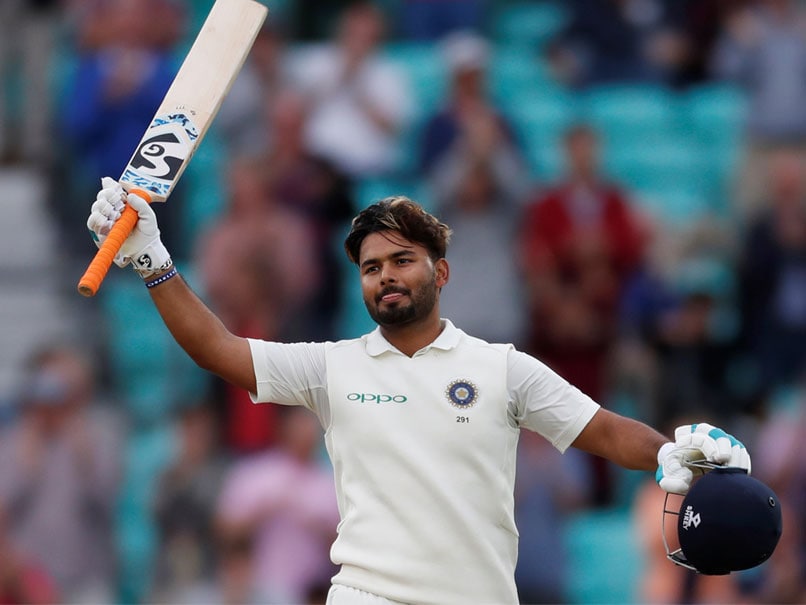 Rishabh Pant became the first Indian wicketkeeper to score a century in the fourth innings of a Test.© Reuters

India lost the fifth and final Test by 118 runs at The Oval, London as hosts England completed a 4-1 series win. However, there were many positives for Indian cricket despite the crushing defeat. Hanuma Vihari impressed on debut, Ravindra Jadeja's solid performance with both the bat and ball, KL Rahul's scintillating century and Rishabh Pant's maiden Test hundred. Pant showed India might have finally found a replacement for MS Dhoni behind the stumps. The 20-year-old's knock also helped him enter the record books as he became the first Indian wicketkeeper to score a century in the fourth innings of a Test.

The previous best for an Indian wicketkeeper in the fourth innings was an unbeaten 76 from former India captain MS Dhoni, also against England in 2007.

Did you know @RishabPant777 is the only Indian wicketkeeper to score a century in the fourth innings of a Test? #ENGvIND #howzstat pic.twitter.com/ULV9Cuv5gA

Pant and Rahul added 204 runs for the sixth wicket to raise hopes of an improbable victory, however, Adil Rashid removed both in quick succession to end India's resistance.

Pant had come in for a bit of stick from fans for his poor glovework in the final Test but more than made amends with the bat in hand. He struck 15 fours and four huge sixes and such was his dominance that even Rahul, who was firing on all cylinders, dropped anchor letting Pant cut loose as he launched into England's spin duo of Rashid and Moeen Ali.

Pant muscled the ball through the gaps as England had attacking field set and forced them to get into a defensive mindset as they got free runs.

But Rashid had other ideas. The England spinner produced, arguably the ball of the Test series, that pitched on the rough on the leg and clipped Rahul's off-bail. In his very next over, Pant tried to hoick Rashid for yet another maximum but only managed to give an easy catch to Moeen Ali.

Lokesh Rahul Adil Rashid England vs India, 2018 England vs India, 5th Test Cricket
Get the latest updates on India vs South Africa and check out  Schedule, Results and Live Score. Like us on Facebook or follow us on Twitter for more sports updates. You can also download the NDTV Cricket app for Android or iOS.