Murali Vijay scored 20, 6, 0 and 0 for India in the four innings of the first two games against England. 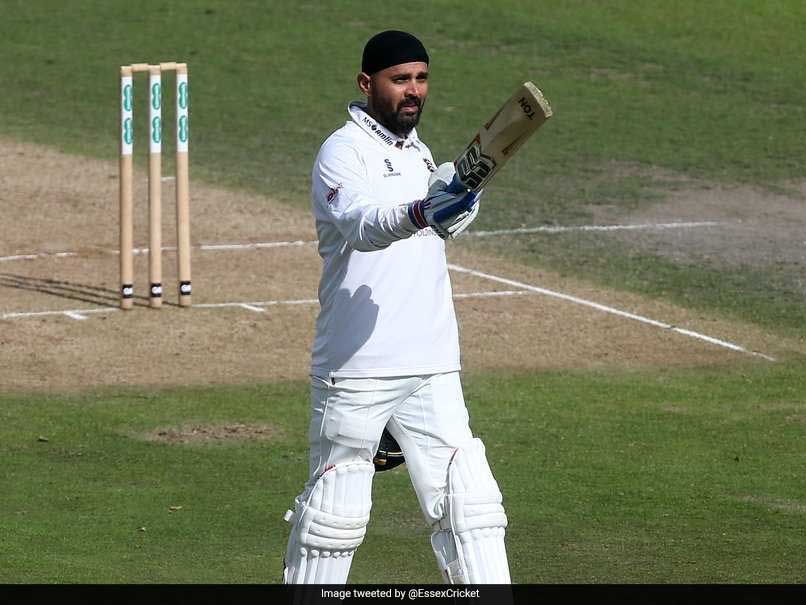 Murali Vijay playing for Essex scored a hundred in the second innings against Nottinghamshire.© Twitter

A poor run in the first two matches against England led to the exclusion of India opener Murali Vijay from the playing XI in the third Test. Vijay was not even included in the 18-member squad for the final two Test matches of the series. Overcoming a string of failures on the English soil, the 34-year-old on Thursday, slammed a gritty century in his maiden appearance in county cricket. Playing for Essex, Vijay scored a hundred in the second innings helping his team register an eight-wicket win against Nottinghamshire.

In the recently concluded India-England series, Vijay scored 20, 6, 0 and 0 in the four innings of the first two games. Playing against the likes of James Anderson and Stuart Broad, the opener was seen struggling, which created pressure on the middle order. But on his county debut, Vijay provided Essex with stability in the top order.

Vijay recently agreed to join Essex for the rest of the English side's County Championship campaign. He came in as a replacement overseas player following the exit of Australian seamer Peter Siddle.

"We're delighted that Murali has chosen to come here, he's a great batsman who can score runs at the top of the order. Vijay's run-scoring ability means he can be the difference-maker in a game, and that skill is something we were looking to bring in towards the end of the season and something that we're excited about," said Anthony McGrath on Murali joining the team.

India Cricket Team England vs India, 2018 Cricket
Get the latest updates on Fifa Worldcup 2022 and check out  Fifa World Cup Schedule, Stats and Live Cricket Score. Like us on Facebook or follow us on Twitter for more sports updates. You can also download the NDTV Cricket app for Android or iOS.