India vs England: James Anderson 'Not Finished Yet' After Breaking Test Record

James Anderson passed Glenn McGrath's record on the last day of the Test series against India. 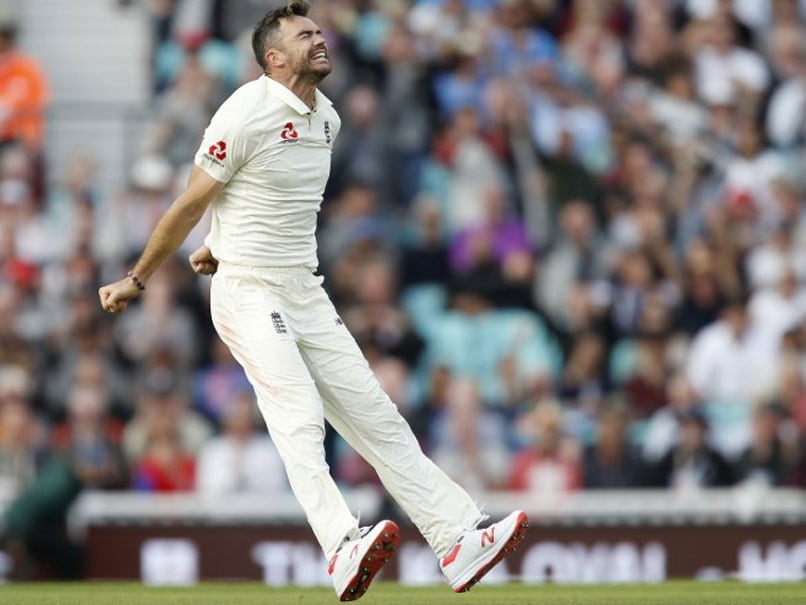 Anderson is 3 years older than Cook, who retired from international cricket after the Oval Test.© AFP

England fast bowler James Anderson, who went past Australian great Glenn McGrath's tally if 563 wickets on the final day of the fifth Test against India, says that he has no plans to hang up his boots as yet. Anderson knocked out Mohammed Shami's middle stump as the hosts bowled India out for 345 to seal the five-match series 4-1 at the Oval on Tuesday. "When I sit down at the end of my career, when I finish, it will mean a hell of a lot to me to be able to see what I've achieved," Anderson said. "But right now it's hard when you put all your energy into the present and trying to perform well for England. That's all I really focus on."

The 36-year-old with 564 scalps to his name, now trails just the spin trio of Sri Lanka's Muttiah Muralitharan (800 wickets), Australia's Shane Warne (708) and India's Anil Kumble (619) in the all-time list.

Anderson is three years older than opener Alastair Cook, who retired from international cricket after the Oval Test.

Anderson, who no longer plays one-day cricket for England, believes he is not finished and wants to achieve more in the longest format of the game.

"I don't really think about it. I think I play my best when I focus on what's ahead of me, the next game, the next series, whatever it is."

"I read something that Glenn McGrath said," he added.

"He went into the 2006 Ashes with no intention of retiring and then by the end of it he thought his time was up. That could happen to me. Who knows? I don't like looking too far ahead."

And he has challenged the England bowler, who made his debut in 2003 and has played 143 Tests, to go on and reach the 600 mark.

"If he can raise the bar to 600 wickets, that's an incredible effort," McGrath told BBC radio.

"Being a fast bowler is the toughest part of the game and injuries do play a part," he added.

"To think that Jimmy's played for so long and continued at the top of his game shows his work ethic, his physical and mental strength and everything else that goes into it."

McGrath, who spearheaded one of the finest teams in Test history, said Anderson's record would stand for a long time.

"The game is quicker, it's faster. And will bowlers play enough Test cricket in the future to get anywhere near the mark?"

An emotional Anderson said he would miss Cook's influence in the dressing room.

"For me he's been a very good friend but he's been someone I look up to," he said. "His work ethic and the way he conducts himself, he's a real idol not to just me but to the rest of the team.

"He'll be missed in that respect. We'll still be very good friends going forward but I'll just miss him on tours, in dressing rooms. Just that shoulder to lean on when it's not going that well."

James Anderson England vs India, 2018 Cricket
Get the latest updates on Fifa Worldcup 2022 and check out  Fifa World Cup Schedule, Stats and Live Cricket Score. Like us on Facebook or follow us on Twitter for more sports updates. You can also download the NDTV Cricket app for Android or iOS.