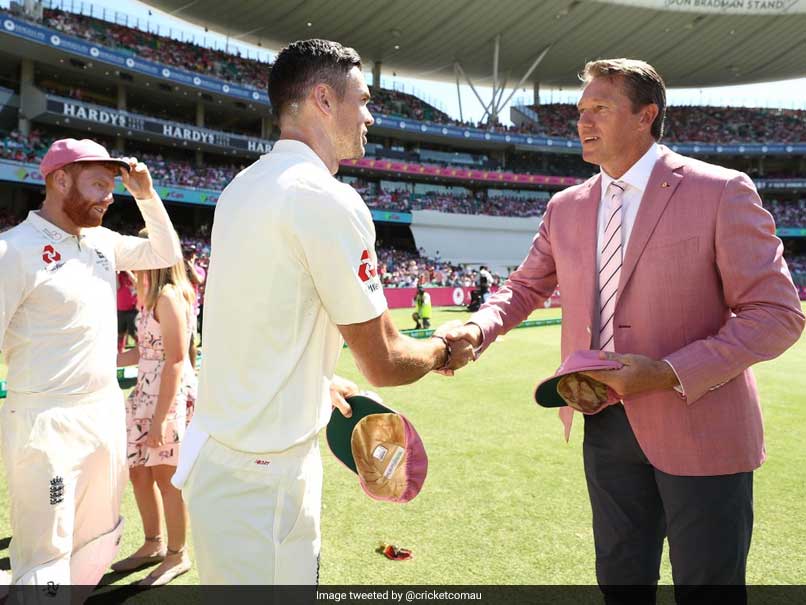 England defeated India in the fifth and final Test at the Oval in London by 118 runs to claim the series 4-1. Soon after the win, wishes poured in from all quarters for England. Along with the team, veteran fast bowler James Anderson was also hailed for his prolific performance in the series as he surpassed former Australian pacer Glenn McGrath's tally of 563 wickets to become the most successful fast bowler of all time in Test cricket. McGrath joined the rest to congratulate the England pacer on achieving the feat.

"I was proud to hold it for as long as I did - for it to be beaten by somebody like Jimmy Anderson is great. I have a lot of respect for Jimmy. To have played well over 140 Tests and just keep running in, day in, day out, and remain at the top of his game, yeah, I'm very proud Jimmy's got there," McGrath was quoted as saying by cricket.com.au.

Anderson was a crucial part of the win in the series as the 36-year-old veteran pacer took 24 wickets in the five Tests against the number one ranked Test team. When Anderson dismissed Mohammed Shami in the final session of the Oval Test, he surpassed McGrath's tally which every England cricket fan was eagerly waiting for.

Hailing Anderson's temperament and fitness levels, McGrath said that the next target at sight for the bowler should be to cross the 600-wicket mark.

"Just to play enough games to get anywhere near it is tough in itself. If he can raise the bar to 600 wickets, that's an incredible effort. When it comes to the art of swing bowling, there is no-one better," McGrath added.

Anderson, who has played 143 Tests for England with 564 wickets, now stands at fourth place behind Muttiah Muralitharan (800), Shane Warne (708) and Anil Kumble (619) in the list of highest wicket takers in Test cricket.

Muttiah Muralitharan Shane Warne Anil Kumble Cricket
Get the latest updates on Fifa Worldcup 2022 and check out  Fifa World Cup Schedule, Stats and Live Cricket Score. Like us on Facebook or follow us on Twitter for more sports updates. You can also download the NDTV Cricket app for Android or iOS.