Moeen Ali revealed the incident took place during the first Ashes Test in 2015 at Cardiff. 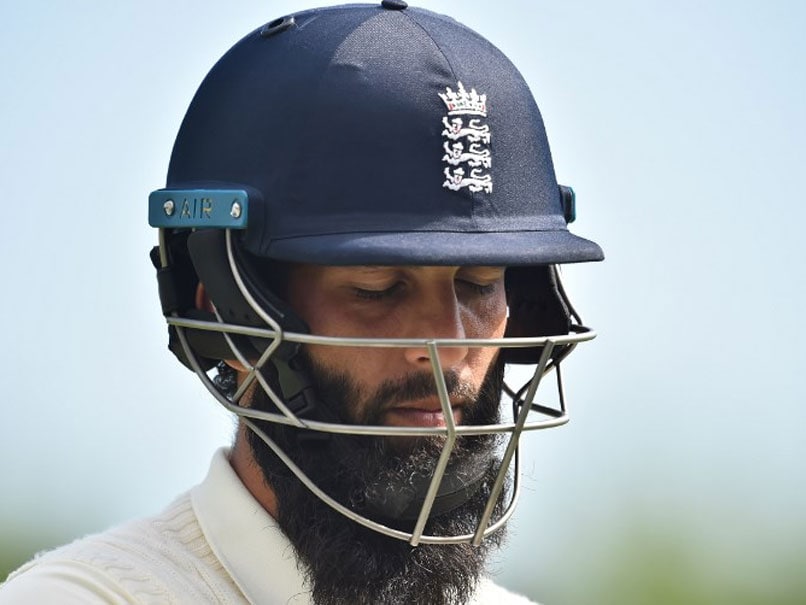 Moeen Ali has claimed that he was called "Osama" by an Australian player during Ashes 2015.© AFP

Moeen Ali has hit out at Australian teams and their "rude" approach to the sport. The England all-rounder recalled a shocking incident during the 2015 Ashes when an unnamed Australian cricketer called him "Osama". According to the all-rounder, the incident occurred during the first Test in Cardiff. In his autobiography, which is being serialised by The Times, the 31-year-old said that following the racial slur, he was "distracted" for much of the Test and had "never been so angry on a cricket field".

"It was a great first Ashes Test in terms of my personal performance, however there was one incident which had distracted me," Moeen Ali said as reported by www.dailymail.co.uk.

"An Australian player had turned to me on the field and said, "Take that, Osama." I have never been so angry on a cricket field. I told a couple of the guys what the player had said to me and I think Trevor Bayliss must have raised it with Darren Lehmann, the Australians' coach. Lehmann asked the player, "Did you call Moeen Osama?" He denied it, saying, "No, I said, "Take that, you part-timer"."

"I must say I was amused when I heard that for there is a world of difference between the words "Osama" and "part-timer". Although I couldn't have mistaken "part-timer" for "Osama", obviously I had to take the player's word for it, though for the rest of the match I was angry," added the England all-rounder.

"But our eventual triumph and the Cardiff crowd's reaction to me comforted me that the Australian player represented nobody."

The off-spinner and left-handed batsman first came up against the infamously aggressive Australians in 2015 before his struggles with both bat and ball played a key role in England's 4-0 Ashes defeat 'Down Under' in 2017/18, which led to him being dropped.

"Everyone you speak to...they are the only team I've played against my whole life that I've actually disliked," said Moeen Ali.

"Remarks of this nature are unacceptable and have no place in our sport, or in society," a Cricket Australia spokesperson was quoted as saying by cricket.com.au in reaction to the allegation.

"We have a clear set of values and behaviours that comes with representing our country."

"We take this matter very seriously, and are following up with the ECB (England and Wales Cricket Board) as a matter of urgency to seek further clarification around the alleged incident."

Moeen Ali, who starred in England's recent 4-1 Test series win over India after being recalled to the side, said he had no sympathy for the banned Australian trio of former captain Steve Smith, David Warner and Cameron Bancroft, all sent into international isolation for their roles in a ball-tampering scandal in South Africa in March.

Moeen Ali England vs India, 2018 Cricket
Get the latest updates on IPL Auction 2023 and check out  IPL 2023 and Live Cricket Score. Like us on Facebook or follow us on Twitter for more sports updates. You can also download the NDTV Cricket app for Android or iOS.