Alastair Cook is the highest run-scorer (12,472) for England in Test cricket with 33 centuries in 161 matches. 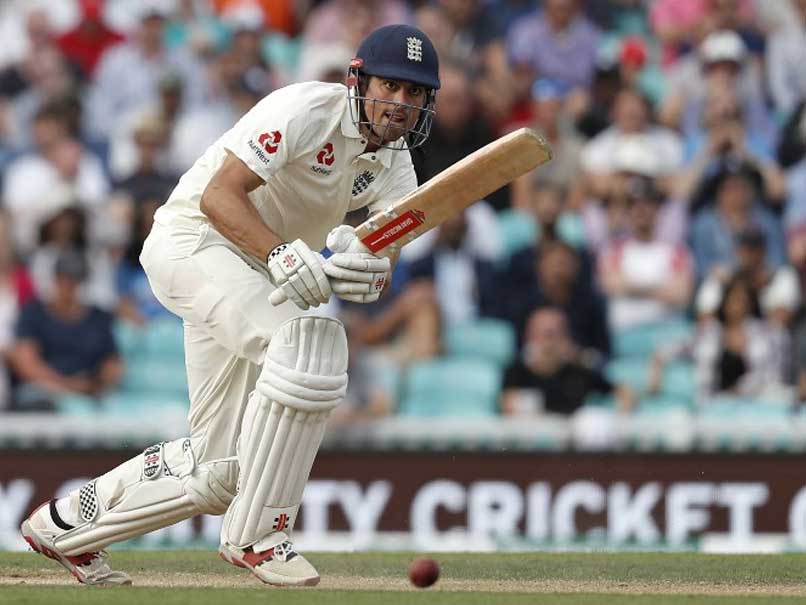 Alastair Cook, former England captain, who retired earlier this year from international cricket, received knighthood from Queen Elizabeth II after headlining sporting personalities in the New Year Honours list. Cook, who is the highest run-scorer (12,472) for England in the longest format of the game with 33 centuries in 161 matches is the first cricketer to be knighted since legendary all-rounder Ian Botham in 2007. The 34-year-old ended his career with a century in his final match against India in September at The Oval despite having declared there "was nothing left in the tank".

"It's a fitting tribute to a man who has led with distinction on and off the pitch every since he made his England debut," England and Wales Cricket Board chairman Colin Graves said in a statement to Press Association Sport.

Following his retirement as a player the 66-year-old became a much loved face on BBC television, his avuncular style adapting well to captaining a team in Question of Sport.

"I am honoured and humbled to receive this accolade from Her Majesty the Queen for services to rugby," Beaumont told World Rugby.

"I have always viewed my work in the sport as an administrator as that of a guardian, driven by a passion to do the very best I can for rugby."

Football did not miss out, with England manager Gareth Southgate and captain Harry Kane rewarded for the national side's run to this year's World Cup semi-finals.

'Thought something was wrong!'

Kane, who won the World Cup Golden Boot for finishing top scorer with six goals, said he learnt of his award from his fiancee Kate just prior to a Premier League game with Southampton in early December.

"We got a letter to the house, Kate opened the letter." he told Spurs TV.

"Normally we'd talk a little but she would never call me just before the match. I had a missed call and she texted me 'could you answer?'.

"I thought something was wrong! But Kate was excited and told me that we'd had a letter from the Queen saying we'd get an MBE."

Beaumont was not the only rugby personality to be honoured with former Scotland lock Doddie Weir, whose courageous battle with motor neurone disease has helped to raise its profile through his 'My Name'5 Doddie Foundation' (attn eds: correct), being awarded an OBE.

Irish rugby legend Willie John McBride -- like Beaumont a Lions captain having skippered the combined outfit's most successful side of all time on the brutal 1974 tour of South Africa, which saw them win the four-Test series 3-0 with one draw -- adds a Commander of the Order of the British Empire (CBE) to his MBE.

Horseracing, was acknowledged as well with Richard Johnson, who has been British jumps champion jockey the past three years after being runner-up on 16 occasions to legend AP McCoy, receiving an OBE.

But, as ever Johnson, has to give second best to his old rival as McCoy was knighted in 2016.

England Cricket Team Alastair Cook England vs India, 2018 Cricket
Get the latest updates on India vs South Africa and check out  Schedule, Results and Live Score. Like us on Facebook or follow us on Twitter for more sports updates. You can also download the NDTV Cricket app for Android or iOS.