India vs England: Alastair Cook Says He Can Walk Away With His Head Held High

Playing in his last Test, Cook scripted a fairytale ending to his career. 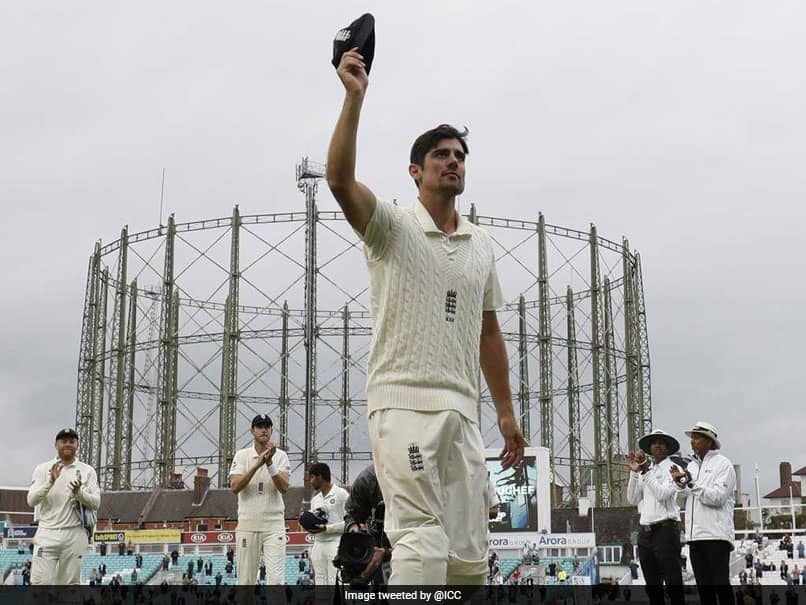 Former England skipper Alastair Cook was an emotional man at the end of the final match of the series against India on Tuesday. England won the fifth Test by 118 runs to win the series 4-1. Playing in his last Test, Cook scripted a fairytale ending to his career in the longest format by scoring a century in England's second innings and clinching the man of the match award. "It has been the most amazing week. Got a text from Beefy (Ian Botham) and he said Can I have your scriptwriter? The memories shared with my team. Some very good moments," Cook said at the post-match ceremony. "You miss all the highs. I would miss playing for this team. This week can't be beaten. I can walk away with my head held high," he added. The last day of the series saw a bit of drama as centuries by Lokesh Rahul and Rishabh Pant had given India a slim hope of clinching, or at least saving the Test.

Rahul played a fighting knock of 149 runs before a spectacular delivery by England spinner Moeen Ali ended his resistance. Pant, who scored 114, gave him excellent support from the other end as the duo built up a partnership of 204 runs to frustrate the England bowlers for a lengthy period.

However, once the duo were back in the pavilion, the hosts quickly wrapped up the Indian tailenders to complete a well-deserved series victory.

It was a memorable day for James Anderson as well, as the England pacer's second innings figures of 4/63 saw him go past Australian legend Glenn McGrath to take the fourth spot on the list of all-time highest Test wicket-takers.

Anderson, who now has 564 Test wickets to his name, is leading McGrath by one wicket. He is preceded on the list by Muttiah Muralitharan, Shane Warne and Anil Kumble.

"Today it showed how tough Test cricket can be. I leave with great memories. To see Jimmy go past Glenn McGrath was brilliant. Just has been a privilege to have played with England's greatest cricketer," Cook said.

"No disrespect to any other cricketer. He almost takes it for granted that he will hit the length from ball one. It is fitting that he got the last wicket," he added.

James Anderson England vs India, 2018 England vs India, 5th Test Cricket
Get the latest updates on IPL 2021, IPL Points Table , IPL Schedule 2021 , live score . Like us on Facebook or follow us on Twitter for more sports updates. You can also download the NDTV Cricket app for Android or iOS.