James Anderson passed Glenn McGrath when he claimed the wicket of Mohammed Shami during the 5th Test vs India. 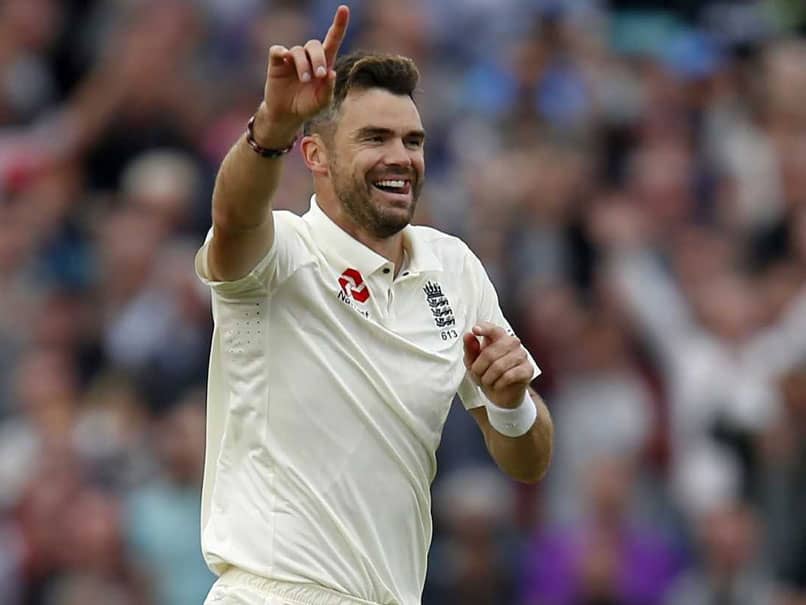 England fast bowler James Anderson on Tuesday became the most prolific pacer in Test cricket after taking his 564th wicket. He achieved this feat in the fifth Test against India at The Oval. James Anderson surpassed previous record holder and Australian great Glenn McGrath who had 563 wickets to his name. Anderson knocked out Mohammed Shami's middle stump as the tourists were bowled out for 345. Anderson, 36, made his Test debut in 2003 and has played 143 Tests for England. James Anderson dismissed both Shikhar Dhawan (1) and Cheteshwar Pujara (0) in India's second innings.

England completely outclassed India in the previous four Tests taking an unassailable 1-3 lead. Barring the third Trent Bridge Test which India won by 203 runs, the hosts were the better team throughout.

The fifth and final Test saw England dominate proceedings with the bat and ball as they beat India by 118 runs to win the five-match Test series 4-1. England opener Alastair Cook ensured his farewell Test was a memorable one as he signed off with a fine century and a fifty in both England innings.

James Anderson England vs India, 2018 England vs India, 5th Test Cricket
Get the latest updates on IPL 2021, IPL Points Table , IPL Schedule 2021 , live score . Like us on Facebook or follow us on Twitter for more sports updates. You can also download the NDTV Cricket app for Android or iOS.