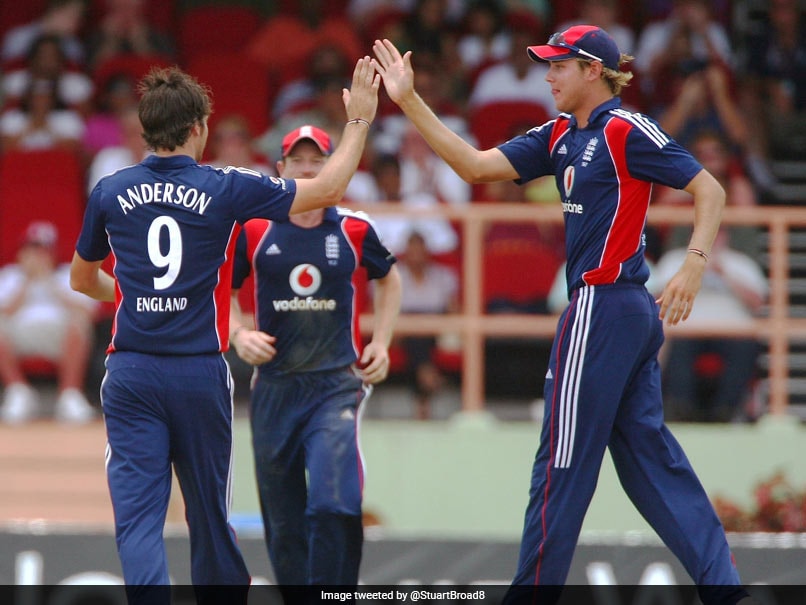 Nicknamed as the “King of Swing”, James Anderson is arguably the best pace bowler in swinging conditions. His ability to swing the ball both ways makes him even more deadly. Not many would believe but he came into the international side without a single county appearance. His performances for Burnley Cricket Club were all that spoke for him when the highest level of cricket beckoned. As with contemporaries like Shoaib Akhtar and Brett Lee, his speed was enough to unsettle the very best.

He made his debut in the year 2002. His sensational spell (10-2-29-4) came in the World Cup 2003 against Pakistan but such was his consistency level at that time that he was more often seen coming in and going out of the side. At an early age it didn’t seem like he was in for a long haul but the year 2007 brought immense glory to his life and turned things drastically.

It was under Andy Flower's guidance that England's golden boy came of age, recording his 100th ODI and Test wickets against India and South Africa in 2007 and 2008 respectively. Later in 2009, he featured in all five Ashes Tests resulting in England's retention of the coveted urn. By 2010, 'Jimmy' had become an England regular, taking wickets in bulk in both forms of cricket.

He continued to make merry with the ball as in the 2013 Champions Trophy vs Australia, he became England’s leading ODI wicket-taker, going past Darren Gough’s tally of 234 scalps. Anderson, then, subjected a weak Australian batting to sharp conventional and reverse swing during the 2013 Ashes in England. However, he could do little harm to the strengthened and determined Aussies during the return Ashes, Down Under, in the same year when England surrendered 5-0.

Off the field, Anderson enjoys great popularity, thanks to his attractive hairstyles and good looks. Dubbed the David Beckham of cricket, he once posed naked for Attitude, Britain’s best-selling gay magazine. In 2014, he also launched his own fashion brand in collaboration with Chess London.

Not only with the ball, Anderson is quite handy with the bat down the order. He held a world record of going through 54 Test innings without a duck. His batting skills were further seen in the year 2014 against Sri Lanka where he batted for 55 deliveries and nearly saved a Test match for his side before getting out on the penultimate ball. Post that series, he impressed one and all with the willow against India as he was involved in a record last-wicket partnership worth 198 runs with Joe Root. He also registered the highest score for an England No. 11. Apart from all this, he is a very handy fielder, especially in catching positions.

For his immense contribution, he was appointed an Officer of the Order of the British Empire (OBE) in 2015. He came back from an injury in the same year and played a tri-series in Australia involving India. He led the pace attack for his side in the 2015 World Cup which turned out to be an embarrassing one for the Englishmen as they were knocked out in the group stages itself. Post the WC, England started hunting for young players and it meant that Anderson wasn’t seen further in the colored clothing. However, he continued to be the mainstay of their bowling attack in Test cricket.

With age picking up, Anderson cut down on his speed and decided to concentrate on line and length and wickets followed in heaps. He also has a bit of a reputation for being a man not to shy away from playing mind games and exchange a few words with his opponents.

In 2016, Anderson became the first fast bowler to take 50 wickets against all other seven major Test-playing nations, further demonstrating his dominance at the highest level. In September 2017, all eyes were on him as he inched closer to achieve another milestone under his belt - 500 Test wickets! He bowled a deadly spell to take 7 wickets against West Indies at Lord’s in the second innings of the third Test, which also happened to be his career-best figures. Kraigg Brathwaite was his 500th victim as Jimmy became 6th overall and third pacer after McGrath and Walsh to achieve this feat. He continues to hold the record of being the leading wicket-taker for England and it would require some sensational stuff to go past him.

In 2018, during England's tour of New Zealand, Anderson set another historic record by becoming the leading pace bowler in Test history in terms of balls bowled. Jimmy faced India in the 2018 Test series at home and in the second Test of the series, he bagged figures of 5/20 in the first innings, resulting in him breaking multiple records - 100th Test wicket at Lord's and his 550th wicket overall. The biggest achievement of all for Anderson came in the fifth Test when he surpassed the Australian great, Glenn McGrath's record of 563 wickets to become the most successful pace bowler in Test history.