Shoaib Malik has featured in 266 One-Day Internationals (ODIs) for Pakistan and holds an average of 35.07. 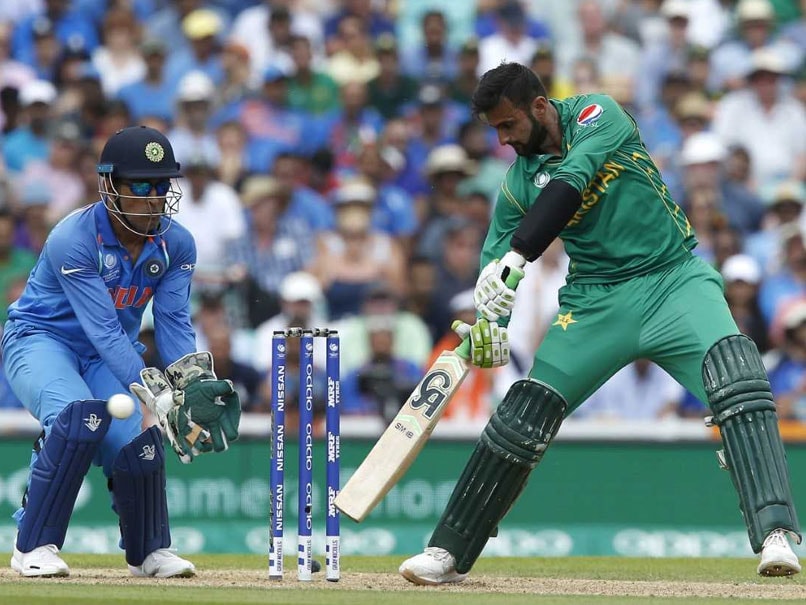 Mahendra Singh Dhoni will return to cricketing action with Asia Cup 2018 scheduled to get underway from September 15. Team India's seasoned campaigner Dhoni, who has an experience of 321 One-Day International (ODI) matches under his belt, will be seen in action for the first time after he played the limited overs series against England in July, 2018. On Friday, veteran Pakistan all-rounder Shoaib Malik was captured in a video, posted by ANI on their Twitter account, walking up to the Indian during the team practice. Malik was seen entering the area where Team India held their practice session, and shaking Dhoni's hand as a mark of respect for the former India skipper.

#WATCH: Mahendra Singh Dhoni and Shoaib Malik meet during practice in Dubai ahead of #AsiaCup2018. India and Pakistan to play each other on September 19. pic.twitter.com/KGchi5qilJ

India and Pakistan will come face-to-face in the much-awaited clash on September 19 at the Dubai International Cricket Stadium in Dubai.

Pakistan hold an edge over defending champions India in the ODI head-to-head contest. Pakistan have won 73 times while India have clinched victory on 52 occasions.

India, led by Rohit Sharma in absence of Virat Kohli, will be eyeing to defend their title at the 2018 edition of the Asia Cup while Pakistan will aim to clinch their third title.

MS Dhoni Shoaib Malik Asia Cup 2018 India vs Pakistan, Match 5 Cricket
Get the latest updates on Fifa Worldcup 2022 and check out  Fifa World Cup Schedule, Stats and Live Cricket Score. Like us on Facebook or follow us on Twitter for more sports updates. You can also download the NDTV Cricket app for Android or iOS.